US Federal prosecutors say attorney Michael Avenatti is a scheming operator who stole millions of dollars from clients, cheated on his taxes, lied to investigators and tried to hide money from debtors in bankruptcy proceedings. 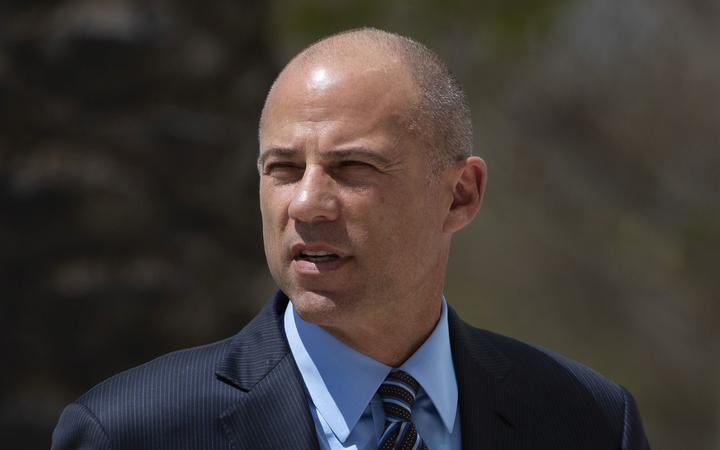 Prosecutors said Mr Avenatti embezzled settlement funds and proceeds from other matters he handled from five clients and doled out small portions of what they were due to "lull" them into thinking they were getting what they were owed.

"Money generated from one set of crimes was used to further other crimes," US attorney Nick Hanna said.

"Typically in the form of payments designed to string along victims so as to prevent Mr Avenatti's financial house of cards from collapsing."

I intend to fully fight all charges and plead NOT GUILTY. I look forward to the entire truth being known as opposed to a one-sided version meant to sideline me.

Mr Avenatti denied the charges on Twitter, saying he had made powerful enemies and would plead not guilty and fight the case.

"I look forward to the entire truth being known as opposed to a one-sided version meant to sideline me," he tweeted.

The new charges do not include a New York extortion case alleging Mr Avenatti demanded millions to stay quiet about claims he planned to reveal about Nike paying high school players.

Mr Avenatti, 48, was arrested March 25 in New York on the Nike charge and federal prosecutors at the time announced he also faced single counts of wire and bank fraud in Southern California, where he lives and practices law.

The 61-page Southern California indictment details charges that carry a potential prison sentence of 335 years, prosecutors said. Even if convicted of all counts, such a term is highly unlikely.

Avenatti faces 10 counts of wire fraud for stealing from a paraplegic man and four other clients he allegedly deceived by taking their money and using it to fund a lifestyle that included living in multimillion-dollar homes, flying in a private jet and sponsoring an auto racing team, authorities said.

He was also charged with 19 tax counts, including lying to an Internal Revenue Service officer, not paying personal income taxes since 2010, failing to pay taxes for his businesses, including two law firms, and pocketing payroll taxes from the Tully's Coffee chain that he owned, the indictment said.

Between September 2015 and January 2018, Global Baristas US, the company that operated Tully's, failed to pay the IRS $3.2 million in payroll taxes, including nearly $2.4 million withheld from employees, the indictment said.

Mr Avenatti was also charged with submitting phony tax returns to get more than $4m in loans from The Peoples Bank in Biloxi, Mississippi, in 2014. The tax returns he presented to the bank were never filed to the IRS, prosecutors said.

The charges are the latest blow to a career that took off when Mr Avenatti represented Daniels in her lawsuit to break a confidentiality agreement with Mr Trump to stay quiet about an affair they allegedly had.

Mr Avenatti became one of Mr Trump's leading adversaries, attacking him on cable news programs and Twitter. At one point, he even considered challenging Mr Trump in 2020.

Back home, his business practices had come under scrutiny from the IRS and a former law partner who was owed $14m by Mr Avenatti and the Eagan Avenatti firm, which filed for bankruptcy.

Mr Avenatti made false statements in bankruptcy proceedings by submitting forms that under reported income such as a $1.3m payment his firm received, the indictment said.

The indictment said Mr Avenatti deprived clients of money they were due from court settlements, legal negotiations or sales of stock and actions he took to cover his tracks.

Prosecutors said in one case, Mr Avenatti funneled a $2.75m settlement into his bank accounts and spent $2.5m on a private jet that he co-owned. The aircraft was seized Wednesday, authorities said. Although Mr Avenatti was due a portion of the more than $12 million he received for the five clients, the charges said he turned over only a fraction.

Mr Avenatti allegedly drained a $4 million settlement he negotiated in 2015 on behalf of Geoffrey Johnson, who was paralyzed after trying to kill himself in the Los Angeles County jail, the indictment said.

Johnson was referred to as "Client 1" in the indictment, but was named at a recent court hearing involving the money Mr Avenatti was ordered to pay his former partner.

Until last month, Mr Avenatti had only provided $124,000 to Johnson, the indictment said.

Two years after the settlement was reached, Mr Avenatti allegedly helped Johnson find a real estate agent to buy a house. But when Johnson was in escrow to purchase the property, Mr Avenatti falsely said he had not received the settlement funds, the indictment said.

In November, when the Social Security Administration requested information to determine if Johnson should continue to receive disability benefits, Mr Avenatti said he would respond, but didn't because he knew it could lead to the discovery of his embezzlement, the indictment said. The failure to respond led to Johnson's disability benefits being cut off in February.

After Mr Avenatti was questioned about the alleged embezzlement during a judgment-debtor examination in federal court on 22 March, the indictment said he fabricated a defense for himself.

Mr Avenatti had Johnson sign a document afterward saying he was satisfied with his representation, which the lawyer told him was necessary to get the settlement that had in fact been paid four years earlier, the indictment said.

Mr Avenatti's tweet Thursday included a "client testimonial" bearing a signature purportedly from Johnson that said Mr Avenatti is "an exceptional, honest and ethical attorney and I feel fortunate to have had him represent me."