A US judge has halted for 90 days a lawsuit by adult film actress Stormy Daniels against President Donald Trump's personal lawyer Michael Cohen. 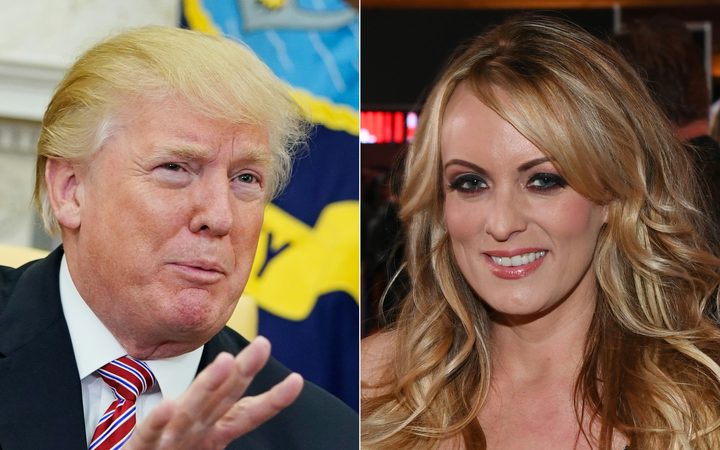 Judge James Otero said Mr Cohen's constitutional rights could be endangered if the case proceeded while he was under criminal investigation.

Ms Daniels is seeking to end a non-disclosure deal signed over an alleged sexual encounter with Mr Trump in 2006.

Mr Cohen had said he would invoke his right to remain silent over the case.

He had argued that any statement he made in court could affect a criminal inquiry in New York into his business affairs.

As part of the investigation into the Daniels case, the FBI raided Mr Cohen's offices for information, including on the non-disclosure agreement the actress - whose real name is Stephanie Clifford - signed days before the 2016 presidential election.

District Judge Otero in Los Angeles said there was "a large potential factual overlap" between the civil and criminal proceedings against Mr Cohen.

That "would heavily implicate Mr Cohen's fifth amendment rights", in a reference to the Constitution's protection against self-incrimination, he said.

Lawyers for Mr Cohen had earlier asked for the Daniels case to be put on hold for three months.

They had argued that their client faced a Catch-22 situation: giving evidence in Los Angeles might mean incriminating himself in New York; while invoking his right to silence in the civil suit could undermine his defence there.

The fifth amendment states that no individual can be "compelled in any criminal case to be a witness against himself".

Invoking the amendment means Mr Cohen will not have to reveal sensitive information in the wider investigation into his affairs.

The raid on Mr Cohen followed a tip-off by the office of Special Counsel Robert Mueller, who is investigating alleged Russian interference in the 2016 presidential election and possible collusion with the Trump campaign.

Russia denies interfering in the election and Mr Trump has denied any collusion.

Separately, Ms Daniels alleges she had a sexual relationship with Mr Trump in 2006.

Mr Trump has denied having sex with Ms Daniels or any knowledge of the $US130,000 payment to Ms Daniels by Mr Cohen during the 2016 presidential campaign.

Ms Daniels says she accepted the sum in return for signing the non-disclosure agreement.

During a recent television interview, she said she had been threatened in 2011 in a Las Vegas car park while she was with her infant daughter, and had been told to keep quiet about her alleged relationship with Mr Trump.

Ms Daniels is now suing the president in an attempt to invalidate the non-disclosure agreement, which she alleges is invalid because he did not sign it personally.

Legal analysts have said that Mr Cohen's payment to Ms Daniels could have violated the rules on financing Mr Trump's 2016 presidential campaign.