Adult-film star Stormy Daniels has filed a court motion for US President Donald Trump to testify about her claim that they had a relationship. 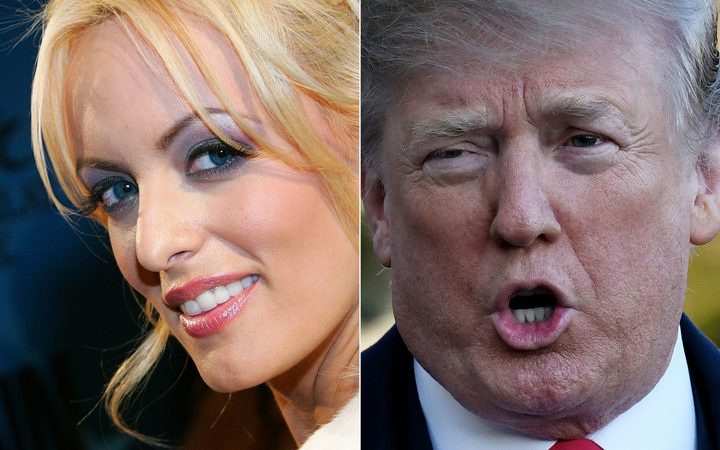 Her lawyer wants sworn testimony from Mr Trump about a "hush" agreement the actress says she signed.

The attorney, Michael Avenatti, is also seeking a legal interview with the president's lawyer.

Ms Daniels alleges she had unprotected sex with Mr Trump in 2006 a year after he married Melania Trump. He denies it.

Ms Daniels says she signed an agreement to keep quiet about her claims in exchange for $US130,000 of "hush" money in October 2016, days before the White House election.

Mr Trump's lawyer, Michael Cohen, admits to making the payment, but insists it had nothing to do with the presidential campaign.

If his statement was found to be untrue, the payment could theoretically constitute an unreported - and therefore illegal - campaign contribution. 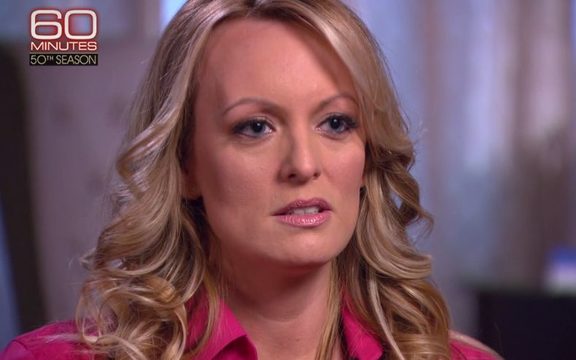 Stormy Daniels during her interview on 60 Minutes. Photo: CBS

In the court documents, Mr Avenatti said he wanted to take a deposition from Mr Trump and Mr Cohen for no more than two hours each.

The lawyer said his aim was to establish if the president had consented to the agreement.

A deposition is out-of-court testimony by a witness - who commits to tell the truth on possible penalty of perjury - that may be used in a legal case.

Ms Daniels' legal team says she "intends to prove that the Hush Agreement did not have a lawful object or purpose".

"Rather, the Agreement and the $130,000 payment made pursuant to the Agreement, was for the 'purpose of influencing' the 2016 presidential election by silencing Plaintiff from speaking openly and publicly about Mr Trump just weeks before the 2016 election."

Mr Trump's lawyer's lawyer, David Schwartz, dismissed the motion as "a reckless use of the legal system in order to continue to inflate Michael Avenatti's deflated ego and keep himself relevant".

Mr Schwartz called the effort "politically motivated" and added that "people see through this charade".

More than 22 million Americans tuned in on Sunday night to hear Ms Daniels allege she was threatened by a stranger in a car park in 2011 to "leave Trump alone".

The exclusive pulled in the highest ratings for CBS' 60 Minutes programme in a decade.

On Monday, Ms Daniels filed a lawsuit against the president, alleging the non-disclosure agreement was invalid because Mr Trump did not sign it.

She also sued Mr Trump's lawyer, arguing he had defamed her by suggesting she was a liar.

While Mr Trump has denied her claims, his lawyers are seeking $20m in damages from Ms Daniels, arguing she broke the non-disclosure deal.

Ms Daniels is due to appear for two nights at a strip club in Washington DC in June.

She has also been touting a $14.99-per-month subscription to her naked web cam service.