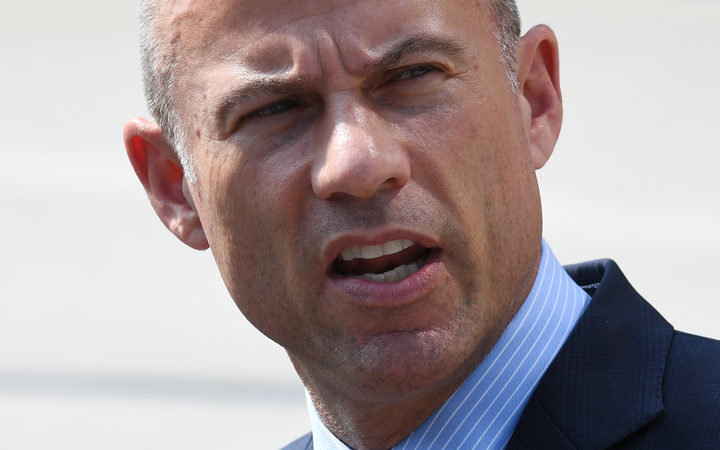 Prosecutors says he tried to extort more than $20m (£15m) from Nike, threatening to use his profile to inflict reputational harm on the firm.

A frequent guest on TV news and talk shows, Mr Avenatti emerged as a fierce critic of US President Donald Trump. At one point he said he was considering running for president himself.

Prosecutors in New York announced the charges relating to the alleged attempt to extort money from Nike on Monday.

Mr Avenatti, according to a criminal complaint, met a lawyer for Nike earlier this month and allegedly threatened to release damaging information about the company unless it made "multi-million dollar payments" to him and another, unnamed co-conspirator.

He was arrested in New York at 12.30pm local time, shortly after announcing he would hold a press conference about a scandal surrounding Nike on Tuesday.

Nike said in a statement it "will not be extorted or hide information that is relevant to a government investigation".

"When Nike became aware of this matter, Nike immediately reported it to federal prosecutors. When Mr Avenatti attempted to extort Nike over this matter, Nike with the assistance of outside counsel at Boies Schiller Flexner, aided the investigation."

In a separate case in Los Angeles, Mr Avenatti, 48, has been charged with embezzling money from a client and defrauding a bank through fake tax returns.

There is no word from Mr Avenatti yet on the allegations in New York or Los Angeles.

US Attorney for Los Angeles Nick Hanna began laying out the case by pointing out that Mr Avenatti describes himself as an "attorney, advocate and fighter for good" on social media. 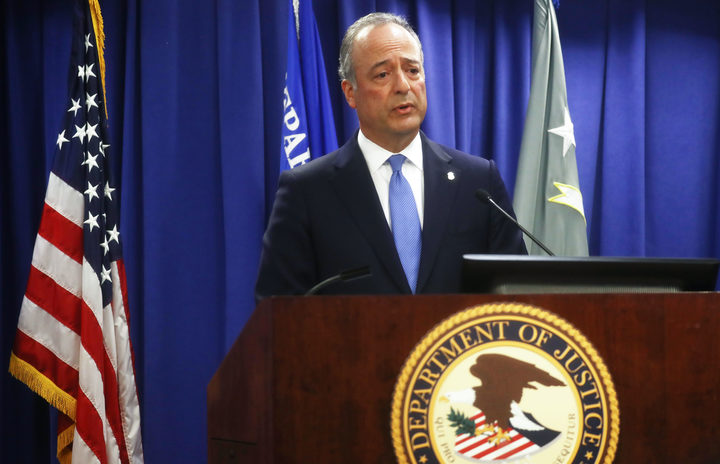 "But the allegations in this case describe something different," he said. "A corrupt lawyer who instead fights for his own selfish interests."

Mr Hanna detailed how, after secretly collecting a client's $1.6m settlement, Mr Avenatti "loaned the client's own money to the client".

"Mr Avenatti 'advanced' $130,000 to his client so the client could meet his own financial obligations while he waited for the supposedly late settlement money.

"To this day, nearly 15 months later, Mr Avenatti's client is still waiting for the bulk of his settlement," Mr Hanna said.

IRS Special Agent Mark Pearson said Mr Avenatti was using this money to support a "lavish lifestyle" - one investigators estimated "to exceed over $200,000 a month".

Mr Avenatti's expenses included a venture into a car racing company, "the rental of a Newport Beach home at $100,000 a month and the ownership of a $5m Laguna Beach home".

On Saturday, he tweeted that the president should be indicted for colluding with his former lawyer "to violate the law and commit crimes."

Ms Daniels, in a statement, told CNBC that she had terminated Mr Avenatti's contract "weeks ago... after discovering that he had dealt with me extremely dishonestly."

"Knowing what I know now about Michael, I'm saddened but not shocked regarding his arrest."