The youngest member of Charles Manson's murderous cult is set to ask California authorities to cut short the life sentence she is serving for her role in the gang's notorious 1969 killing spree. 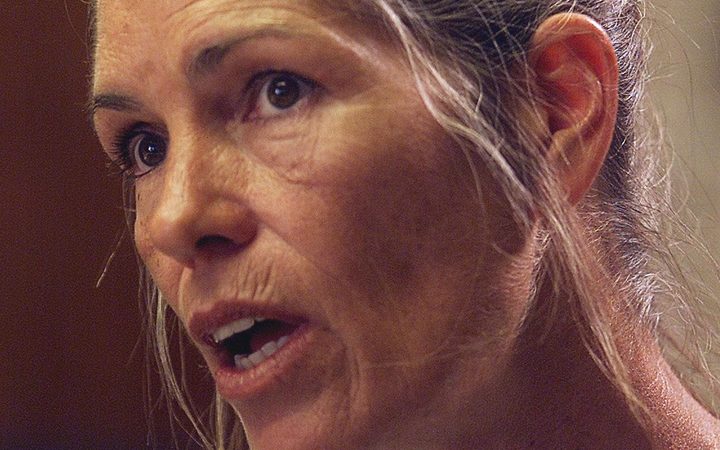 Leslie Van Houten expresses remorse in the killings of the LaBianca couple to members of the Board of Prison Terms commissioners during her parole hearing 28 June 2002. Photo: Photo / AFP

Manson, who died in prison in 2017 at age 83, directed his mostly young, female followers - known as the Manson Family - to murder seven people in August 1969 in what prosecutors said was part of a plan to incite a race war between whites and blacks.

Follower Leslie Van Houten, who was 19 when the murders were committed and is now 69, will make her latest of nearly two dozen attempts at persuading the California Board of Parole Hearings to release her, the board said.

She is being held at the California Institute for Women in Corona, California.

In recent years, the board has twice recommended that the authorities release Van Houten, but was overruled each time by former Governor Jerry Brown, most recently last January.

If the board again recommends that she be paroled, the ultimate decision will rest with new governor Gavin Newsom after a review process that can take up to 150 days.

Van Houten was originally sentenced to death for fatally stabbing Leno and Rosemary LaBianca in their Los Angeles home on 10 August, 1969, but that conviction and sentence were overturned on appeal.

She was retried, convicted and sentenced to life in prison in 1978.

Among the other victims of the Manson Family that month was actress Sharon Tate, the pregnant wife of filmmaker Roman Polanski. She was stabbed 16 times by cult members.

Local media reported that the board recommended for parole another Manson follower, Robert Beausoleil, 71, who has served nearly half a century for the 1969 slaying of musician Gary Hinman.

The governor has not yet revealed his decision in that case.