Rescuers in Indonesia are still trying to reach remote areas in Sulawesi cut off by the earthquake and tsunami that devastated parts of the island and killed more than 1,400 people. 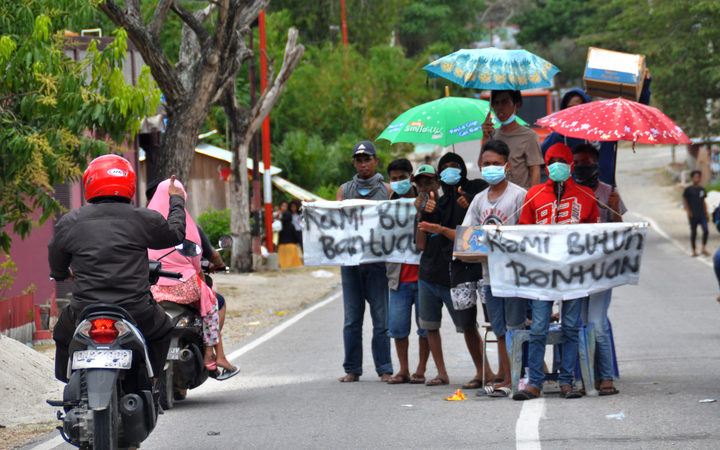 A group of villagers hold placards along a road near their destroyed village, asking for assistance in Palu, Indonesia's Central Sulawesi. Photo: AFP

Efforts have largely been focused on the city of Palu, where most of the confirmed dead have been counted.

This has angered people elsewhere, who say they have not received help.

The UN has warned that large parts of what might be the "worst-affected" areas have not been reached.

"But the teams are pushing, they are doing what they can," UN humanitarian spokesperson Jen Laerke said late on Tuesday.

Landslides, downed communications networks and collapsed bridges are making it hard for aid workers and rescuers to reach remote areas. The entire disaster zone is home to 1.4 million people and at least 70,000 have gathered in evacuation sites across the island.

Fears remain that the death toll could grow significantly higher as new areas are reached. 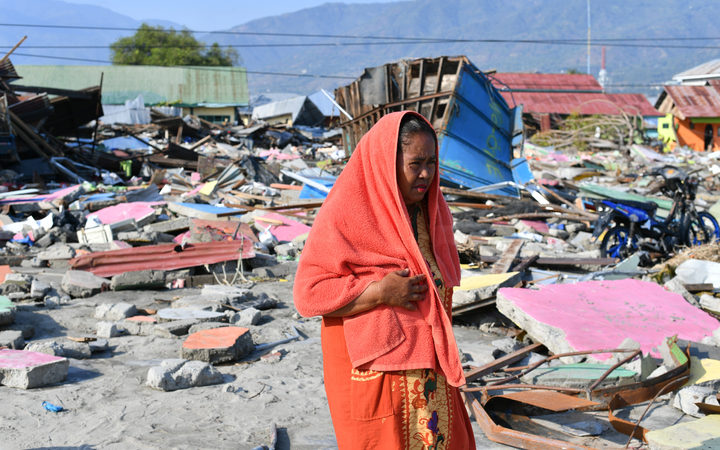 Quake survivor Nurhayati walks at an area where her house once stood in Lere subdistrict in Palu, Indonesia's Central Sulawesi. Photo: AFP

What's the latest on the ground?

In Donggala regency, an area home to 300,000 people, one aid worker told Reuters news agency that "the government is missing".

"Everyone is desperate for food and water. There's no food, water or gasoline," she said. Police officers have been guarding shops from looters.

President Joko Widodo is currently on his second trip to disaster-hit areas, but he has come in for criticism from some villagers.

"The president is not hearing about the remote areas, only about the tsunami and about Palu," said Yahdi Basma, who is from an area south of Palu.

"There are hundreds of people still buried under the mud in my village. I lost many members of my family and neighbours. There is no aid whatsoever which is why we're leaving."

More than 500 bodies have already been buried in mass graves. At least 29 countries have offered humanitarian aid, though some of it has been declined as unsuitable.

Singapore, South Korea, the UK, India and Japan have all offered C-130 military transport planes to help deliver supplies and help with evacuations.

In a separate incident, a volcano began erupting on the same island, Sulawesi, on Wednesday.

Mount Soputan is about 1,000km (600 miles) away from Palu, and it is not being seen as a threat to the aid operation. The danger zone around the volcano is sparsely populated. 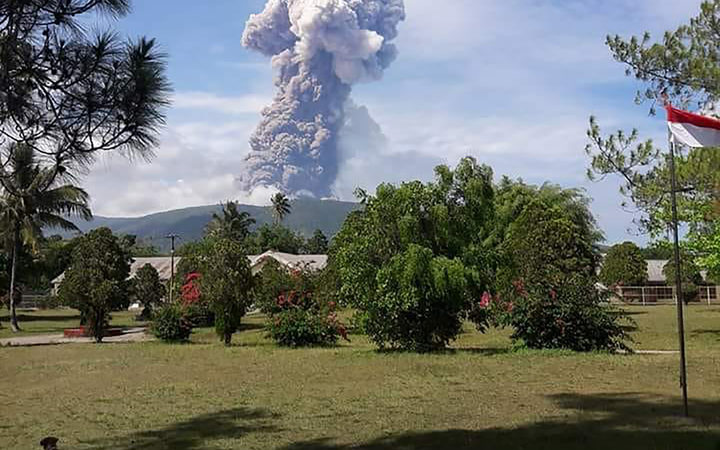 Are there still hopes of finding survivors?

Some people were rescued from the rubble in the first few days. But many of the buildings brought down by the quake were then swamped by the tsunami, so hopes of more rescues are fading.

However rescuers say that 150 people are still unaccounted for.

President Widodo has said that everyone needs to be found and rescue teams are using acoustic detectors.

He visited the ruins of the collapsed Hotel Roa Roa in Palu, where a few survivors were earlier rescued. The president said 30 bodies were buried under the ruins.

Among the people confirmed dead elsewhere are 34 Indonesian students, whose bodies were found under a church buried by one mudslide. Dozens more are still missing there. 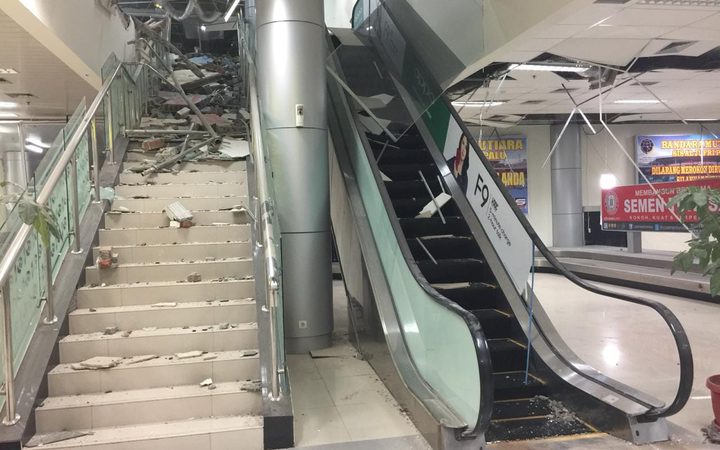 Damage at an airport in Sulawesi. Photo: Frans Leenders 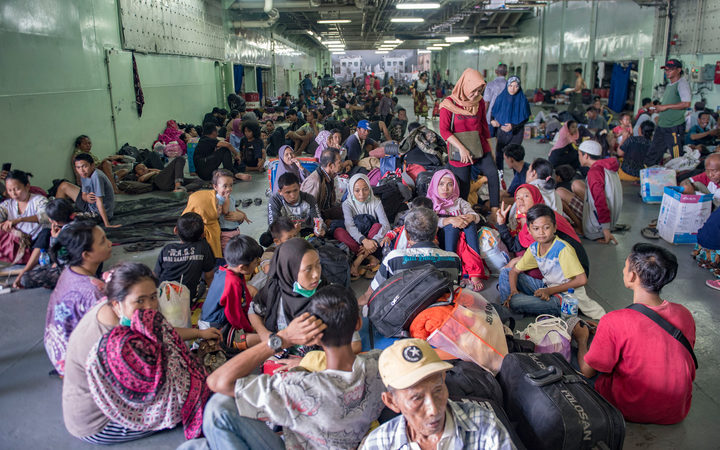 Quake-affected people sit together on board the Indonesian Navy warship KRI Makassar (590) as they prepare to be evacuated from Palu. Photo: AFP

Scientists believe the tsunami may have been set off by an underwater landslide. The waves built up height and speed as they travelled down the long narrow bay towards Palu.

Vice-President Jusuf Kalla has said the final death toll could be in the thousands, while the Red Cross estimates that more than 1.6 million people have been affected.