About 6.5 million homes in Florida, two thirds of the total, are without power after Hurricane Irma cut a deadly path through the US state, officials say. 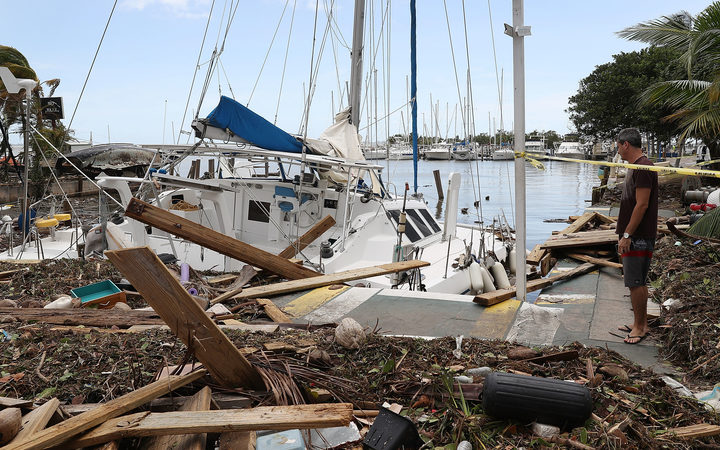 Relief operations are under way and engineers are working to restore power, but many areas remain stranded.

The islands of the Florida Keys and western parts of the state bore the brunt of the category-four hurricane.

Irma hit Florida on Sunday, before weakening to a tropical storm as it moved north on Monday.

Media reports link at least four deaths to the storm in Florida. Last week it killed at least 37 people as it crossed the Caribbean.

Florida Governor Rick Scott said it was "going to take some time" before people could return to their homes, the Miami Herald website reports.

Speaking as he went on an aerial tour of the Keys to survey the damage early on Monday, he said: "Power lines are down throughout the state. We've got roads that are impassable, so everybody's got to be patient as we work through this."

The Keys are cut off from the mainland, as the 42 bridges that link them are being assessed for damage. Reports say that 10,000 people decided to ride out the storm.

At 6pm GMT, its centre had moved into southern Georgia, the National Hurricane Center said. 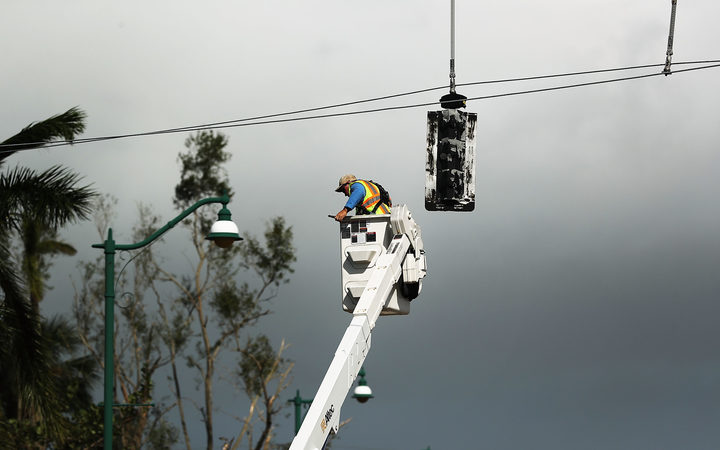 An electrical worker repairs traffic lights in Naples, Florida. About two thirds of the state were left without power, according to officials. Photo: AFP

Although Miami was spared the worst, large parts of the city are under water. Winds have snapped power lines and 72 percent of homes there are without electricity, officials say.

"We feel the building swaying all the time," Miami restaurant owner Deme Lomas told Reuters by phone from his 35th-floor apartment.

On the west coast of Florida, drone footage from Naples, a town on the coast of the Gulf of Mexico about 200km to the north-west, shows rows of shattered suburban homes on streets under water.

At least four deaths in the state have been connected to the storm:

Some 6.3 million people in the state were told to evacuate before Irma arrived.

Night-time curfews have been imposed in areas such as Miami, where 13 people were arrested on suspicion of looting.

Which areas were hit before Florida?

Irma is the most powerful Atlantic storm in a decade, and caused widespread destruction on several Caribbean islands:

Another hurricane, Jose, has been weakening over the western Atlantic, with swells due to affect parts of Hispaniola (the island split into Haiti and the Dominican Republic), the Bahamas, and the Turks and Caicos Islands, later this week.