The centre of Hurricane Irma has hit mainland Florida, just south of Naples, amid warnings of storm surges as high as 4.5m. 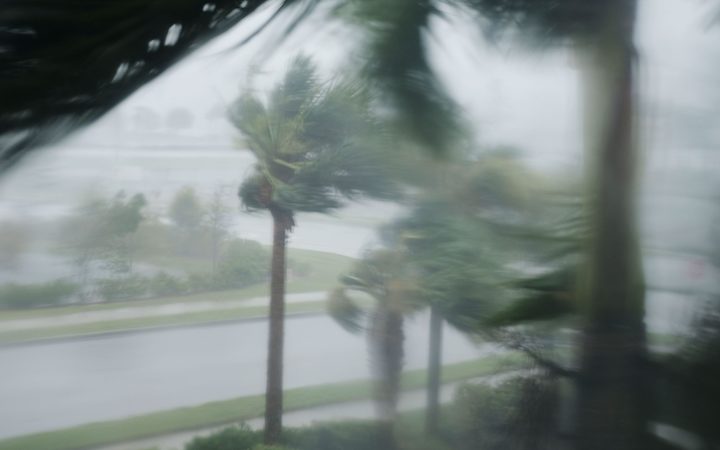 Irma made landfall on Marco Island off Florida's west coast with winds of up to 192km/h, but has since been downgraded from category three to two.

More than 3.4 million homes in the state are without power, and parts of the city of Miami are under water.

Three storm-related deaths have been reported, as Irma moves northwards.

In its latest update at 03:00 GMT Monday, the National Hurricane Center (NHC) says "hurricane conditions are continuing across portions of the central Florida peninsula".

The storm was earlier pummelling the area around the city of Fort Myers.

Irma has already devastated parts of the Caribbean, killing at least 28 people.

Some 6.3 million people in Florida had been told to evacuate. 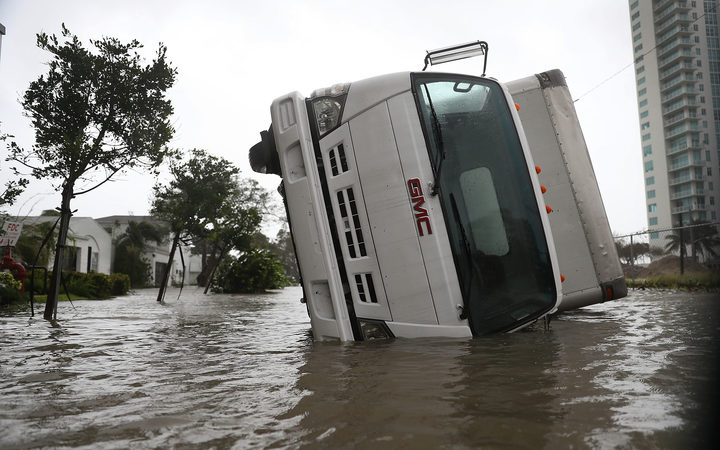 A truck is seen on its side after being blown over as Hurricane Irma passed through on September 10, 2017 in Miami, Florida. Photo: AFP

He described the hurricane as a "big monster", praising the federal agencies involved with the storm and saying he would go to the state "very soon".

"We may have been a little bit lucky in that it went on the west, and it may not have been quite as disruptive, but we're going to see, it's going to play out over the next five or six hours," Mr Trump added.

Where is the storm now?

At 03:00 GMT, the centre of the hurricane was about 80km south-east of the city of Tampa.

About 3 million people live in the Tampa Bay area. The region has not been hit by a major hurricane since 1921.

Irma is now losing strength, the NHC says, predicting that Irma will become a tropical storm over "far northern Florida or southern Georgia on Monday".

"On the forecast track, the centre of Irma will continue to move over the western Florida peninsula through Monday morning and then into the south-eastern United States late Monday and Tuesday."

The storm made landfall at Marco Island at 15:35 local time.

The NHC earlier tweeted that people in the area of Naples and Marco Island should move away from the coast as storm surges of up to 15ft were possible. 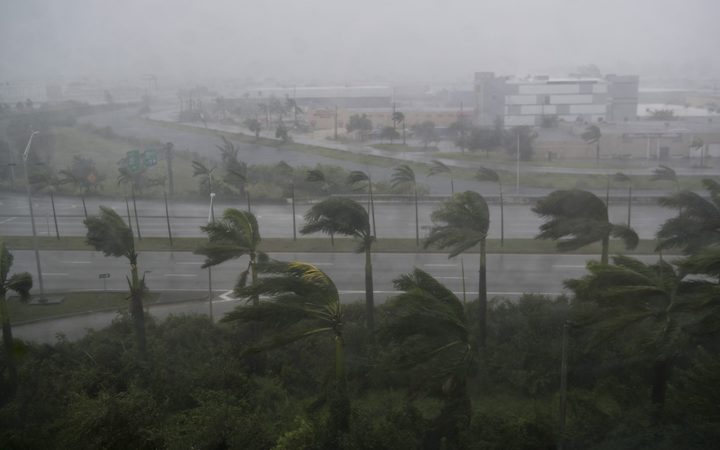 How did it arrive in Florida?

After leaving the coast of Cuba, Irma barrelled through the Florida Keys, a chain of low-lying islands to the south, on Sunday morning.

Media reports say a man was killed on Saturday in the Keys when his truck crashed into a tree as the outer bands of the storm arrived.

The whole of the southern tip of Florida has seen high winds, driving rain and storm surges.

About 60cm of water has been seen in Miami's financial district, where one major street resembled a river, but the worst damage is expected on the west coast.

Two cranes have collapsed in high winds in the city.

Miami streets were flooded as the water crept up on and around Brickell Avenue, which runs from the waterfront through the city's financial district and newly built high rises. 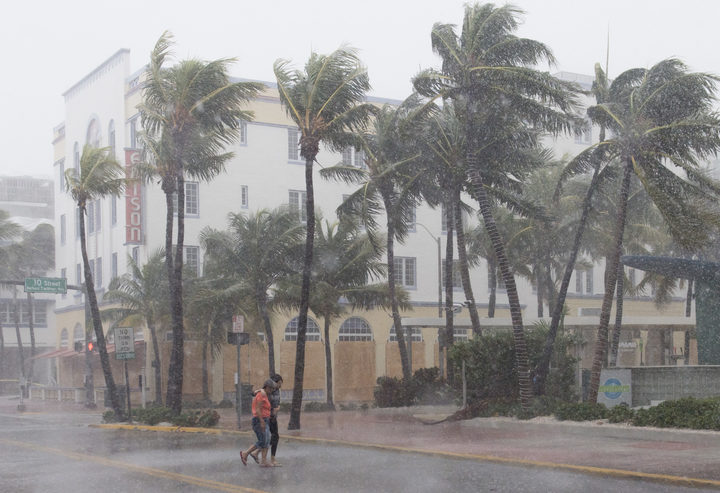 People walk down a Miami Beach street as winds and rain from Hurricane Irma begin to hit. Photo: AFP