A New Zealander living in Texas is trapped in her house by rising floodwaters, with thigh-high water now "creeping up the driveway". 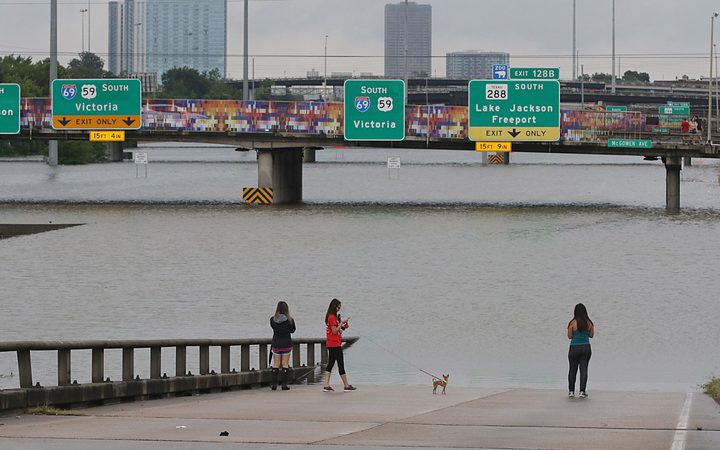 Officials are warning flooding in the Houston area from Tropical Storm Harvey is likely to get worse, with more heavy rain to come and more water released from overflowing reservoirs.

About 30,000 residents of the United States' fourth-largest city were expected to be left temporarily homeless by Harvey - the most powerful hurricane to strike Texas in more than 50 years. 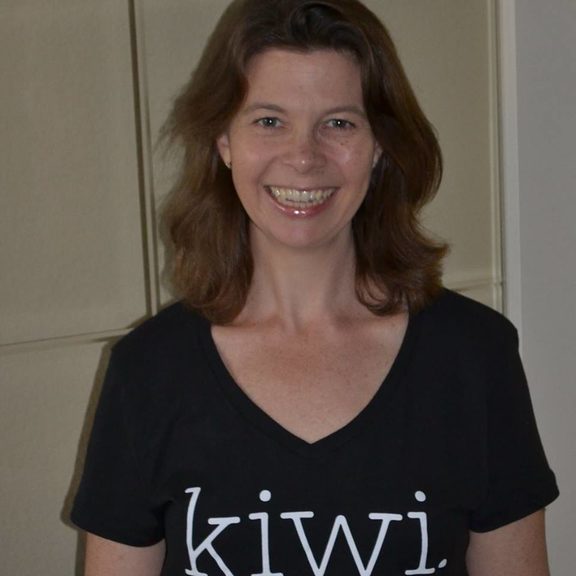 New Zealander Sarah Ayala told Morning Report her home was dry for the moment, but she was surrounded by rising floodwaters and had nowhere to go.

"It's nerve-wracking actually, the rain is just not letting up, and we've now got nowhere for the water to go. It's now thigh-deep outside our house and it's creeping up the driveway. We made makeshift sandbags last night out of trash bags and water, and we're just crossing our fingers and hoping it's not going to keep creeping up."

She said there had been some minor flooding and a collapsed ceiling in her sub-division from the storm.

"None of us can get out, because all the roads are flooded, but we're generally okay. It's only a couple of minutes away that there is mandatory evacuation, houses are much more flooded and people with more to complain about than we do."

She said a local lake was used for rain catchment, but that had now completely flooded onto the road.

Ms Ayala said there was a real possibility that there were alligators and other wildlife in the water near their house, which meant nobody could walk through the water to higher ground.

"So when I say we're stuck, we really are. Fortunately for us, we've got enough food and water to weather it through. We've got excellent neighbours that are all offering upstairs if we have to come over."

She said there was only one supermarket in the area, which was running low on food, with long lines to buy anything, and it was all adding to the stress. 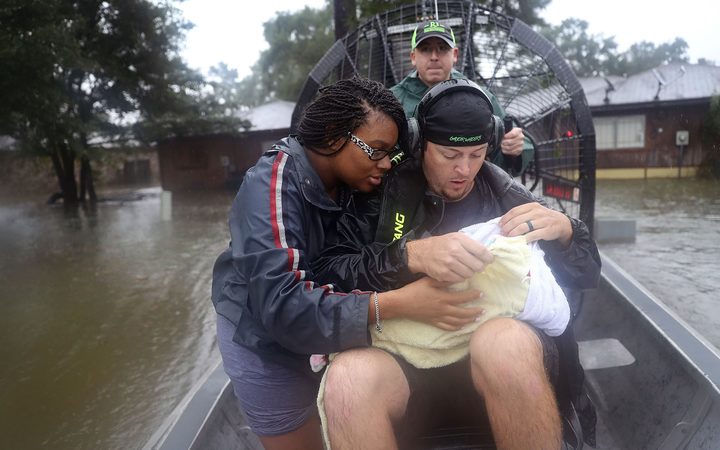 A three-week-old baby and her mother are rescued from the rising floodwaters. Photo: AFP