The most powerful storm to hit the US mainland in over a decade has made landfall in Texas. 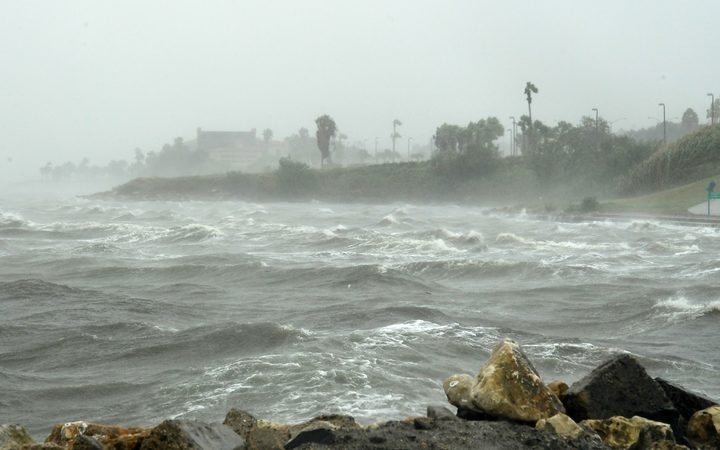 Hurricane Harvey made landfall as a category-4 storm but CNN report it has since been downgraded to category 1.

The storm has brought down trees in Corpus Christi, with cities from northern Mexico to Louisiana bracing for flooding.

The town of Rockport appeared to be one of the hardest hit and the mayor told not leaving town should write their names on their arms for identification in case of death or injury.

Rockport's city manager said that people were trapped in a housing centre for elderly people, where the roof had collapsed and rescue teams were unable to gain access, according to CBS.

Louisiana and Texas have declared states of disaster, authorizing the use of state resources to prepare. 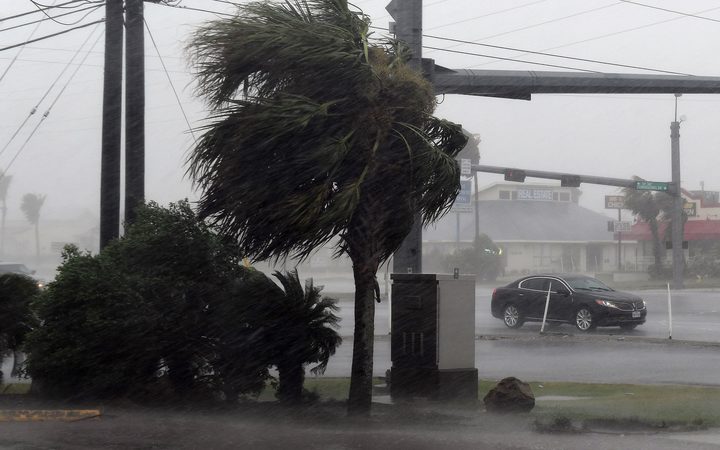 US President Donald Trump has signed a disaster proclamation for Texas which he said "unleashes the full force of government help".

The National Hurricane Center said storm surges may bring life-threatening floods in and around Houston.

The storm may could bring about 102cm of rain and 3.5m storm surges, forecasters say.

All seven Texas counties on the coast from Corpus Christi to the western end of Galveston Island have ordered mandatory evacuations from low-lying areas.

Thousands of people have fled, while those remaining have been stocking up on food and water, and boarding up windows.

#Harvey made landfall at 10 PM CDT as a category 4 hurricane near Rockport, Texas, with max winds of 130 mph and min pressure of 938 mb. pic.twitter.com/98y5wpKmBw

The storm is the largest to hit the US since Hurricane Wilma struck the coast of Florida in 2005, killing 87 people.

It was part of a record-breaking hurricane season that included Katrina, which devastated New Orleans and killed nearly 2000 people in August of that year.

While Harvey is packing strong and potentially devastating winds, the biggest threats to Texas are rainfall and the storm surge.

Meteorologists are warning of extremely high volumes of rainfall as the storm stalls over the middle Texas coast.

They say Harvey could remain in the area, dumping rain until the middle of next week.

The central Texas coast is likely to see a significant storm surge - this happens when low pressure at sea "lifts" tides to a level higher than normal, up to 3.6m in this case, and high winds then blow the water inland.

The NHC said it expected "catastrophic flooding" across the coast and in some inland areas throughout south-east Texas.

Parts of Texas are already seeing a storm surge 0.7m above normal.