The US city of Houston is in the grip of the biggest storm in the history of the state of Texas, officials say. 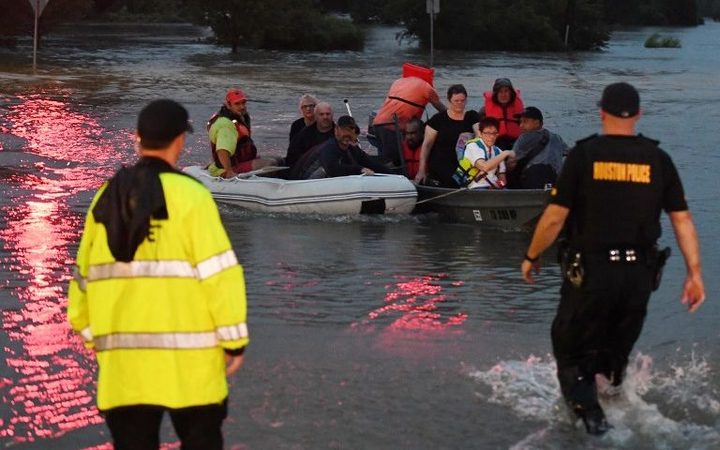 People are rescued from a hotel by boat after Hurricane Harvey caused heavy flooding in Houston,Texas. Photo: AFP

A record 75cm of rain has fallen on the city in the wake of Hurricane Harvey, turning roads into rivers.

The area is expected to have received a year's rainfall within a week. Five people are reported dead and helicopters have plucked victims from rooftops.

With rescue services overstretched as the rain continues, many people are having to fend for themselves.

Harvey made landfall as a category-4 hurricane late on Friday. It was later downgraded to a tropical storm.

Up to 2000 people have been rescued in and around Houston, the fourth-largest city in the US, with about 6.6m people living in the metropolitan area.

An inundated care home in Dickinson, about 50 km south east of the city, has now been evacuated by helicopter after an image of several elderly women sitting in a lounge in waist-deep water went viral on social media.

The US National Weather Service said conditions were "unprecedented". A "flash flood emergency" is in force across the Houston area, with travel near impossible. 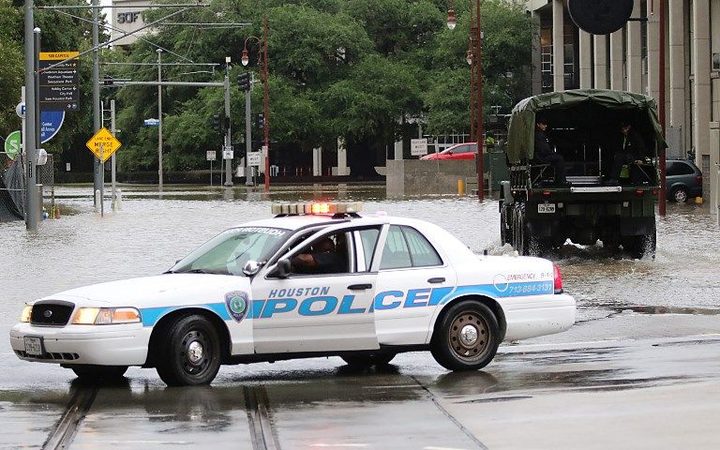 Thousands of homes are without electricity. Many schools are closed - as are the two main airports, with runways completely flooded.

Entire suburbs are under water, shops and businesses are shut and, with the motorways around the city cut off and both airports closed, travel is all but impossible.

A marooned hospital has been evacuated while, above the city, engineers are starting an emergency release of water from two bulging dams.

They are warning families who live beside one of the dams to prepare for flooding within hours. 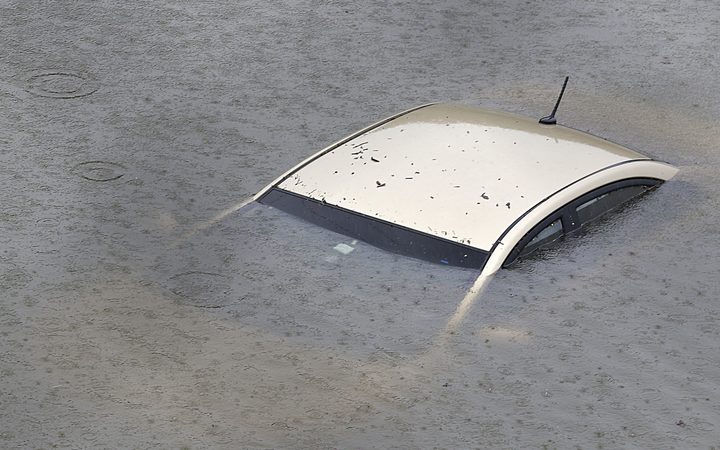 A submerged car on an Interstate in Houston. Photo: AFP

Some residents have been critical of the preparations for this storm, which intensified rapidly in the Gulf of Mexico last week.

In at least one neighbourhood facing severe flooding, people are angry that they were told to stay put only to realise, as night fell, that the waters were rising fast and they could not get out.