A British family were rescued after their yacht hit a remote reef in the Pacific. 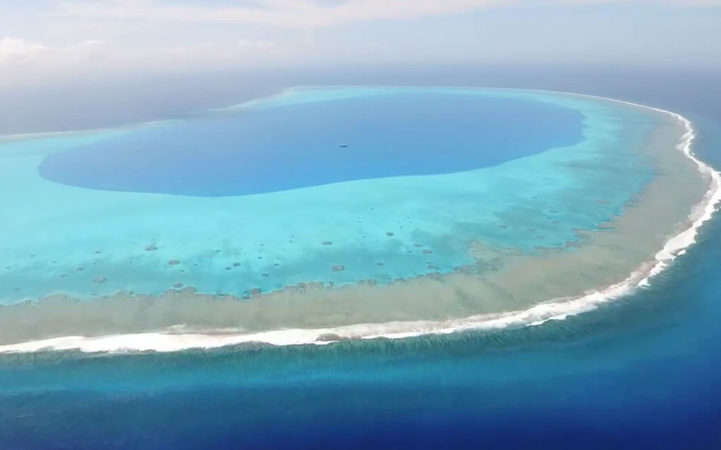 The family of four - rescued with just their passports - were sailing through Beveridge Reef, 400km southeast of Niue, on a 15m catamaran, when they ran aground, the Rescue Coordination Centre of New Zealand said.

A Dutch-registered vessel, the Dona Catharina, happened to be anchored nearby doing whale research and responded to an emergency radio call put out by the centre at 2.30am this morning.

Rescue Coordination Centre search and rescue officer Geoff Lunt said it was a lucky coincidence the research vessel was nearby.

No other vessels were in the vicinity, he said.

Mr Lunt said the centre had been in contact with the family, and would check in with them again later today. 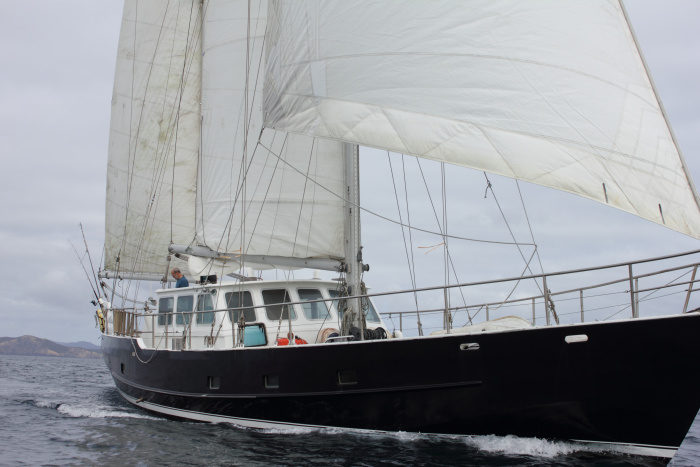 The family escaped unharmed and would be transported back to Niue on the research vessel "this weekend or next week" while the vessel conducted further whale research, he said.

"They are now comfortable on board the ketch, within the safety of the lagoon. We would like to thank the crew of the ketch and all the rescue services involved in tracking vessel locations and successfully rescuing this family," Mr Lunt said.

The family were picked up with only their passports, and their rescuers will later try and recover personal items from the catamaran, which is expected to break up on the reef.