Four men arrested in the UK over the suicide bombing at Manchester Arena have been charged, three accused under the Terrorism Act and the fourth for firearms offences. 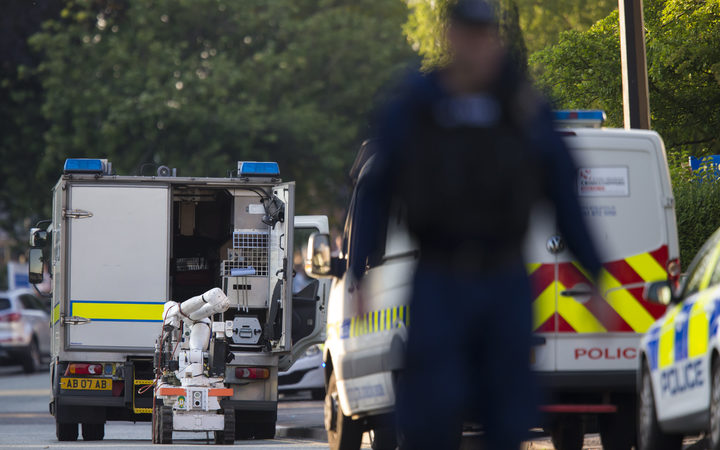 An army bomb disposal unit is parked nearby during a security operation at Springfield Street in Wigan, Greater Manchester. Photo: AFP

Metropolitan Police said Umar Ahmed Haque, 24, Muhammad Abid, 27, and Abuthaher Mamun, 18, were all charged with offences under the Terrorism Act 2006 and were set to appear at Westminster Magistrates Court on Friday.

Nadeem Ilyas Patel, 25, was also charged with possession of a firearm or imitation firearm with intent to cause violence and was set to appear at the same time.

A bomb disposal team was earlier sent to deal with potentially suspicious items found in a house in Wigan as part of the investigations.

British police said they had lifted a cordon and people were being allowed to return to their homes after the area was evacuated as a precaution. A robot was seen on the street.

They said the items had been found as part of investigations into the suicide bombing at Manchester Arena which left 22 people dead this week.

They raided the property earlier on Thursday after arresting a man in the town on Wednesday in connection with the attack.

They said a large cordon had been put in place.

It came after security footage emerged of the bomber, 22-year-old Salman Abedi, walking through a city shopping centre wearing the backpack he used to carry the explosives in the days before the blast.

Abedi was pictured walking through the Arndale Centre with a blue backpack which had a sales tag still hanging off it.

Manchester chief constable Ian Hopkins said good progress was being made on the investigation.

"I want to reassure people that the arrests that we have made are significant and initial searches of premises have revealed items that we believe are very important to the investigation.

Police have taken eight men into custody in the days following the attack, including the bomber's older brother, and his younger brother and father have also been detained in Libya. 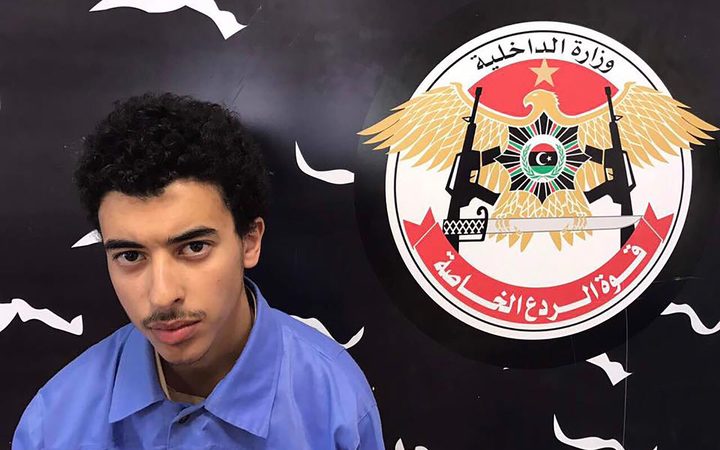 Meanwhile, with Britain's terror alert at critical the National Health Service said all major trauma units around the country had told staff to be prepared for a possible attack, before the weekend and with the Spring Bank public holiday on Monday.