Three men have been arrested as part of the Manchester bomb investigation, UK police say. 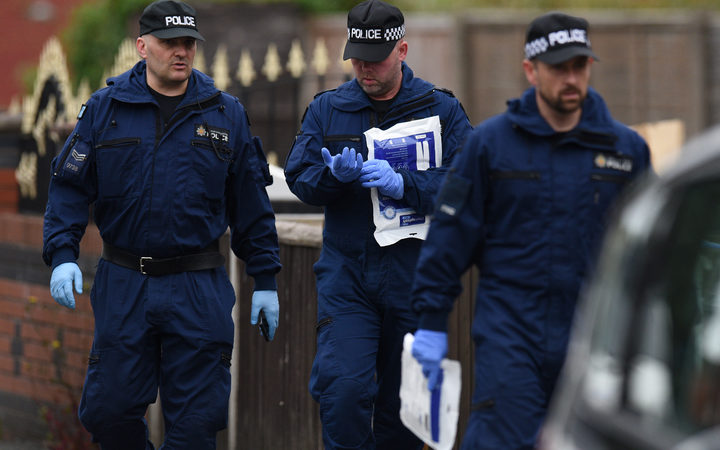 Police officers arrive at a residential property as investigations continue into the May 22 attack at the Manchester Arena. Photo: AFP

"Three police warrants were executed in south Manchester in connection to the ongoing investigation," a spokeswoman for Greater Manchester Police said.

It was not immediately clear if the three arrests included the 23-year-old man reportedly arrested in connection to the case last night.

The British government earlier said the man who carried out the attack - who has been named as British-born Salman Abedi, 22 - was "likely" to have had help.

The UK terror threat level is now up to its highest level of "critical", meaning more attacks may be imminent. It means military personnel will be deployed to protect key sites.

According to media reports, Abedi was born in Manchester to Libyan parents who had fled that country after becoming opponents of Muammar Gaddafi's repressive regime.

Having spent a few years in London, the family moved to Manchester where his father used to do the call to prayer at a mosque in Didsbury.

Abedi went to school in Manchester and on to Salford University before dropping out, and worked in a bakery.

Friends have remembered him as a good footballer, a keen supporter of Manchester United and a user of cannabis, the BBC reported. He had a sister and two brothers.

His mother and father were believed to be back living in Libya, and for a while he left the UK too, but he was believed to have returned in the past few days.

He was yet to be formally named by the coroner.

Monday's attack was the deadliest in Britain since July 2005, when four suicide bombers killed 52 people in coordinated attacks on London's transport network.