British police have found more explosives which could have been used in follow-up attacks to the Manchester Arena bombing, a UK newspaper reports. 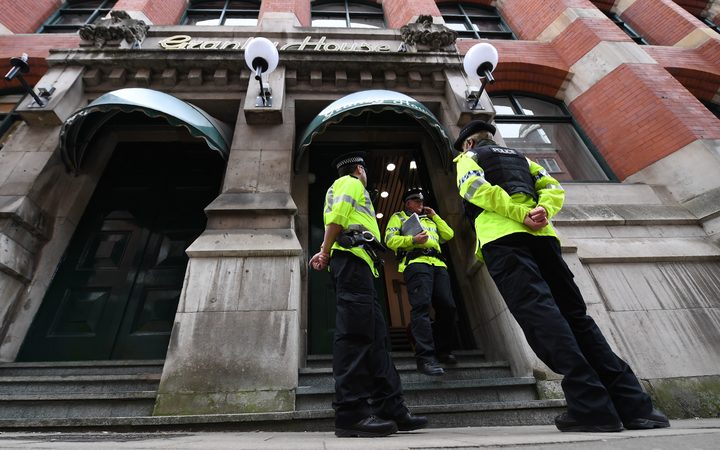 The Independent reported one device was blown up in a controlled explosion.

It said security services were concerned further bombs could have been created by a network intent on carrying out further attacks.

Salman Abedi, a Manchester-born 22-year-old, blew himself up outside Manchester Arena at the end of an Ariana Grande concert on Monday, local time, killing 22 people and injuring more than 120.

The Independent quoted security sources saying there was a real possibility other bombs were yet to be found.

Police made several arrests in the United Kingdom and in Libya, including of the bomber's brothers and father, as they sought to shut down the network.

The new explosive discoveries came as British Prime Minister Theresa May said she would appeal to NATO leaders to combat terrorism by addressing its root causes and the "propagation of poisonous ideology, particularly online".

The United Kingdom's terror threat level was raised to its highest level after the attack, and nearly 1000 soldiers were deployed to help police monitor high-priority areas, particularly in London.

Mrs May will head to the NATO meeting in Brussels and thank the Western military alliance for its support following the suicide bombing attack in Manchester.

She will press for members to increase defence spending in line with NATO commitments, and said she would cut short the next leg of her trip to Sicily, where the Group of Seven major powers will hold a two-day meeting, and instead leave on Friday.

Anger over evidence leaks to US media

British ministers also voiced their anger to American officials after photographs apparently showing bloodstained fragments from the Manchester concert bomb were leaked to the US press.

The pictures appeared in the New York Times and followed an earlier leak to US media of the attacker's name.

British Home Secretary Amber Rudd said she had issued a plea to US authorities not to leak.

"The British police have been very clear that they want to control the flow of information in order to protect operational integrity - the element of surprise.

"So it is irritating if it gets released from other sources and I have been very clear with our friends that it should not happen again."