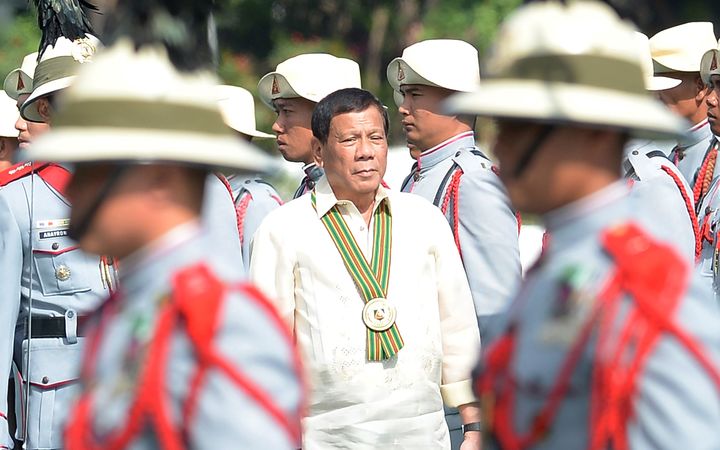 The move is expected to anger China, which claims several contested shoals, islets and reefs in the territory.

"The unoccupied, which are ours, let's live on it," Mr Duterte said.

China has been constructing artificial islands in the area for years.

While the Philippines occupies nine features in the South China Sea, including a World War Two-era transport ship, Beijing claims almost all of the territory. It is unlikely to welcome an increased military presence from the Philippines.

Mr Duterte said: "It looks like everyone is making a grab for the islands there. So we better live on those that are still unoccupied."

The deployment was a change of tack for Mr Duterte, who said last month that it was pointless trying to challenge China's fortification of its man-made islands.

"We cannot stop them because they are building it with their mind fixed that they own the place. China will go to war," he said.

Mr Duterte said he might visit a Philippine-controlled island, Thitu, to raise the national flag there on 12 June, the country's Independence Day.

And he proposed building a barracks for servicemen operating in the area.

The president's stance comes despite a push for warmer relations between Manila and Beijing in recent months.

In October, Mr Duterte announced his "separation" from the US, declaring that he had realigned the Philippines with China, and would resolve their South China Sea dispute through talks.

The former mayor of Davao city joked before his election that he would jet ski to a man-made Chinese island to reinforce Manila's claim.

At present, China controls several reefs in the South China Sea, among them Scarborough Shoal, which it seized from Manila in 2012.

The reef lies just 230km from the main Philippine island of Luzon.

China and the Philippines are scheduled to hold talks in May to address tensions over the much-debated waters.