China has rebuked Defence Minister Gerry Brownlee at the opening of a security forum in Beijing, criticising New Zealand's stance on tensions in the disputed South China Sea. 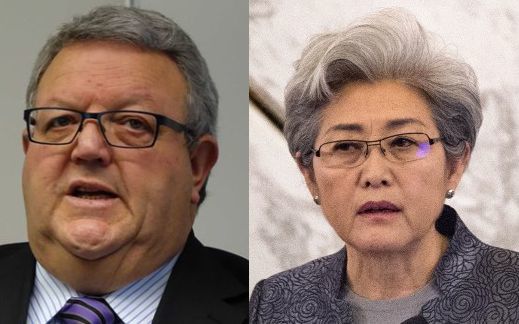 The chairwoman of China's foreign affairs committee, Fu Ying, said countries "not involved" should not interfere.

An international tribunal in the Hague ruled in July that China had no historical exclusive control over the waters and had breached the Philippines' sovereign rights there. That decision infuriated Beijing, which dismissed the court's authority.

About $US5 trillion worth of trade passes through the sea each year.

Mr Brownlee spoke at the start of the Xiangshan Forum, saying New Zealand opposed actions that undermined peace and eroded trust, and would like to see all parties actively take steps to reduce those tensions.

"As a small maritime trading nation, international law and, in particular, the United Nations Convention on the Law of the Sea, is important for New Zealand.

"We support the arbitral process and believe that countries have the right to seek that international resolution," he said.

Immediately afterwards Ms Fu, who was chairing the session, said outside involvement and interference could only complicate the differences and sometimes even add to the tension. 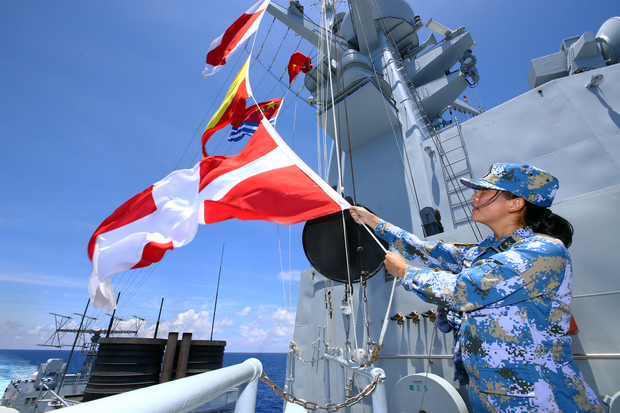 A Chinese navy soldier hangs signal flags on a missile destroyer during a military exercise in the South China Sea. Photo: AFP

Ms Fu is the former vice foreign minister of China.

This is not the first time China has clashed with New Zealand over the dispute.

Mr Brownlee raised the issue of China's building of artificial islands in the territory, including new airstrips, which has rattled nerves around the region.

"A particular cause of ... heightened tension has been the reclamation and construction activity and deployment of military assets in disputed areas," he said.

China says much of the building and reclamation work it has been doing in the South China Sea is to benefit the international community, including improving civilian maritime navigation.

After Ms Fu's response, Mr Brownlee told Reuters it was reasonable for New Zealand to express its concerns, which represented smaller countries as well, as all parties were able to have a say.

Since the ruling, China and members of the Association of Southeast Asia Nations (ASEAN) have been trying to reduce tension in the region.

Chinese Defence Minister Chang Wanquan told the forum that China and ASEAN would hold maritime drills next year, though he gave no details, adding China was willing to "manage disputes".

A Malaysian general told Reuters on the sidelines of the forum that China had been exercising restraint, with no increase in Chinese military activity in the parts of the South China Sea Malaysia claims.

"In fact we are establishing military cooperation with China to build up confidence so that we understand one another better," said Malaysia Armed Forces chief Zulkefli Mohd Zin.