An international tribunal's ruling denying China's claims in the South China Sea will intensify the conflict there, Beijing's ambassador to the US has said. 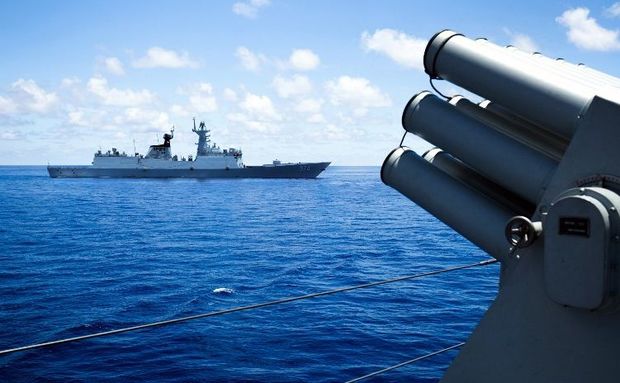 The Permanent Court of Arbitration in the Hague has ruled against Chinese claims to maritime rights in the area, backing a case brought by the Philippines.

The tribunal said there was no evidence China had historically exercised exclusive control over the area's waters or resources.

China described the ruling as "ill-founded" and said it would not recognise the decision.

Its ambassador to the US, Cui Tiankai, said Beijing remained committed to negotiations over the area, but said the ruling would open the door to abuses of arbitration procedures by its opponents.

He said China would "do everything possible to safeguard the unimpeded flow of commerce and stop any attempt to destabilise the region".

"It will certainly undermine and weaken the motivation of states to engage in negotiations and consultations for solving their disputes," he said.

"It will certainly intensify conflict and even confrontation."

The lead counsel for the Philippines, Paul Reichler, said his client was very pleased.

"It's very gratifying to get a unanimous ruling from a tribunal that consisted of five of the most eminent international lawyers and experts on law of the sea.

Mr McCully said New Zealand was not taking sides, and maintaining peace and stability in those waters was vital to ongoing prosperity in the Asia-Pacific region.

The dispute should be managed peacefully, and in accordance with international law, Mr McCully said.

The case, which was brought by the Philippines in 2013, hinged on the legal status of reefs, rocks and artificial islands in the Scarborough Shoal and Spratly Island Group.

China claims almost all of the South China Sea, including reefs and islands also claimed by others.

The ruling - under the United Nations Convention on the Law of the Sea (UNCLOS), which both countries have signed - is binding, but the tribunal has no powers of enforcement.

China had boycotted the hearings, saying the tribunal did not have jurisdiction to decide on the matter.

In a statement, China's foreign ministry said China was the first to have discovered and exploited the South China Sea islands and relevant waters, "thus establishing territorial sovereignty and relevant rights and interests".

The ruling was expected to further ramp up tensions in the region, where China's increased military assertiveness has spread concern among its neighbours, and in Washington.

The US sent an aircraft carrier and fighter jets to the region ahead of the ruling, prompting an angry editorial in the Global Times, a strongly nationalist state-run newspaper, calling for the US to prepare for "military confrontation".

Meanwhile, the Chinese Navy has been carrying out exercises near the disputed Paracel islands.