With an international arbitration ruling expected within weeks, China has been embarking on a diplomatic and publicity blitz in an attempt to rally support for its sweeping maritime claims in the South China Sea, including attempts to woo Pacific nations.

Last week, Vanuatu's Prime Minister, Charlot Salwai, issued a statement that said his country fully understood and supported China's position. "Vanuatu...maintains the principle that relevant claims on any territorial and maritime rights and interests must be based on the historical and cultural facts," said Mr Salwai, referring to China's insistence that its claim is based on historical possession of the sea's outcrops. 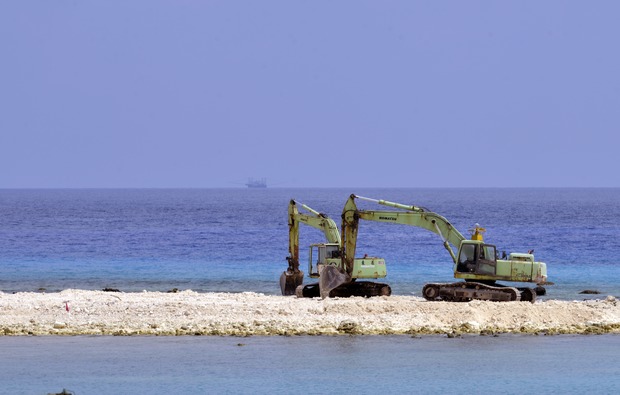 China has been building artificial islands in disputed outcrops in the South China Sea. Photo: AFP

China claims most of the resource-rich sea and its islands, rocks and shoals as its own, which overlaps with claims made by other Southeast Asian countries including Vietnam, the Philippines, Indonesia and Malaysia.

In recent years, to raise the stakes and make its control of one of the world's busiest trade routes a fait accompli, China has built up several artificial islands in the disputed Spratly and Paracel islands equipped with airstrips, radars and ports.

This has angered many neighbouring countries with their own claims, especially Vietnam and the Philippines, and the current maritime power in Asia, the United States, has stepped up naval patrols of the area, which has raised tensions. 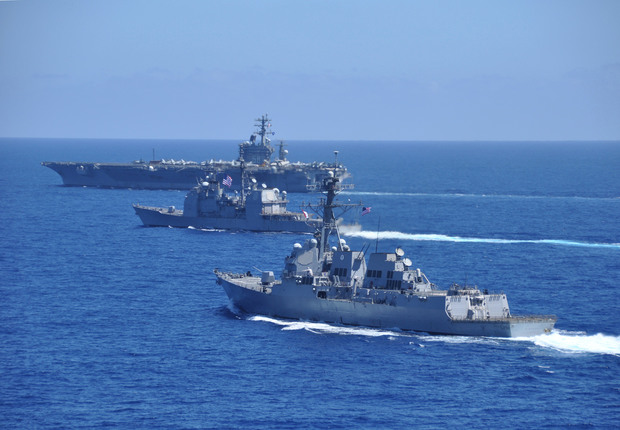 Three US Navy ships, lead by the aircraft carrier USS Nimitz, operate in formation in the South China Sea. Washington has stepped up its naval presence in the sea. Photo: United States Navy

In 2013, the Philippines filed a challenge to Beijing's territorial claims, which are demarcated on maps by a so-called nine-dash line, at the Permanent Court of Arbitration in The Hague, claiming Beijing's stake is excessive and conflicts with its own claims. China has already said it won't recognise the ruling.

Nevertheless, with the court expected to rule in favour of the Philippines within weeks, China has been taking its case to the international news media, including in New Zealand, where a supplement by the China Daily in Wellington's daily newspaper, The Dominion Post, last Tuesday exclaimed: "Manila has no leg to stand on."

The article outlines Beijing's position on the arbitration case which said the international agreement on which the Philippines has based its claim, the United Nations Convention on the Law of the Sea, does not apply in this case and accusing the United States of pursuing an agenda.

The state-run Xinhua news agency this month reported that 40 countries had declared their support for China's stance, including Russia, Cambodia and Pakistan. But its campaign to win international support has mostly focussed on small nations that depend on Chinese trade or aid, like those in the South Pacific.

So far, Vanuatu is the only country to officially declare its support, which the founder of DevPacific and a Port Vila-based commentator on Pacific affairs, Tess Newton Cain, said came as little surprise considering its history of fiercely independent foreign policy (It declared diplomatic relations with both Libya and Cuba in the 1980s, much to the discomfort of nearby Australia).

"On a global scale, there's possibly some surprise that Vanuatu has anything to say at all," said Dr Newton Cain. "It's had a very strong relationship with China, it's been very much adherent to the 'One China' policy, save for a slight wrinkle a few years ago. It's not surprising that Vanuatu would agree."

While Vanuatu, a small archipelago with a population of only 250,000 may not be considered a diplomatic heavyweight in the arena of great power politics, Robert Ayson, a professor of strategic studies at New Zealand's Victoria University, said its declaration played an important role for Beijing.

"China's already expecting it'll be found against, and they're trying to build a group of countries that will be sympathetic to its position," said Professor Ayson. "China is seeking to get whatever support it can from wherever it is." 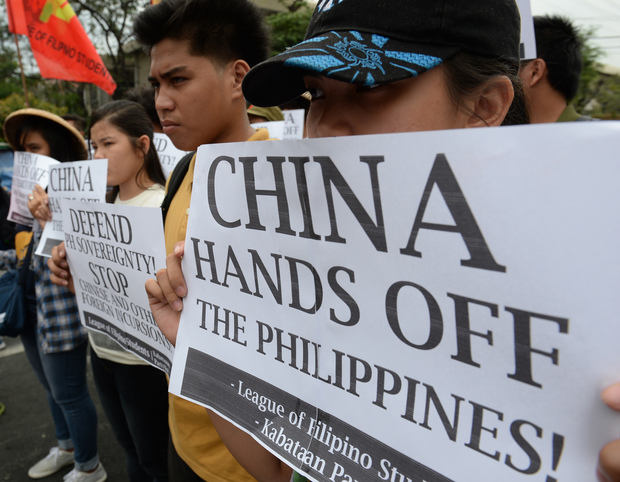 The Philippines strongly objects to China's claims in the South China Sea, and has challenged it at the International Court of Arbitration in The Hague. Photo: AFP

Tess Newton Cain said Chinese ambassadors and representatives in Port Vila had been trying to rally Vanuatu's support for a while: "The ambassador has been raising it with the members of the Salwai government," she said. "I don't know to what extent -- you know, if there was a specific request or whether it was a suggestion -- but certainly it's something the Chinese embassy has been seeking to keep on the agenda."

However, in the Pacific, that campaign has not been entirely successful. In April, Chinese media reported that Fiji had declared its support for China's position. But Fiji's Information Ministry was quick to respond, saying it has a strict policy of non-alignment. 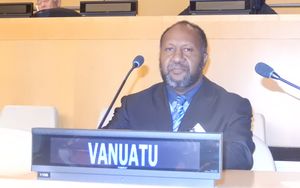 Papua New Guinea's foreign minister, Rimbink Pato, said diplomatic overtures had been made to his country too, but his position was clear: "Clearly, the People's Republic of China is a close friend of PNG, so is Japan, and so is the Philippines," said Mr Pato. "So our position is that, look, these matters that should be resolved in accordance with international law, and the conventions exist for resolutions of those disputes, and we will respect any decision."

But Robert Ayson said it is unlikely that many other Pacific countries would rush to take sides as Vanuatu has, and they are likely to continue to embrace China, the United States, and other Asian nations for the foreseeable future.

"The stakes just aren't as high for the Pacific," he said.