China says it will increase military spending by about 7 percent this year, just days after Donald Trump outlined a boost to the US defence budget. 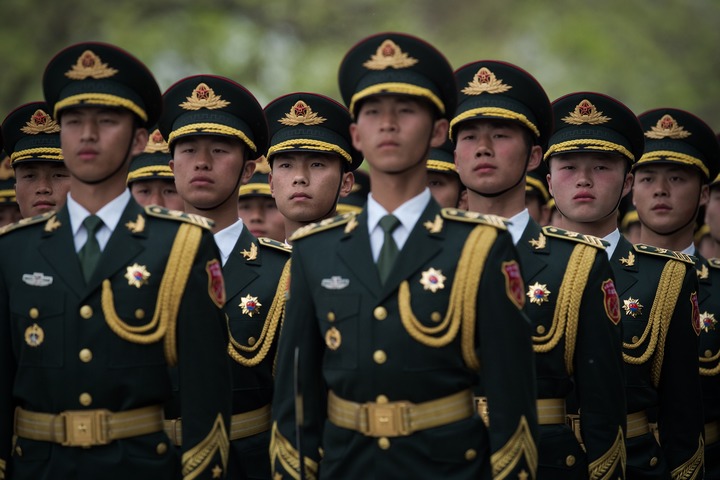 China's total military spending will account for about 1.3 percent of the country's projected GDP in 2017. Photo: AFP

The scheduled announcement was made ahead of the annual National People's Congress (NPC) in Beijing.

China has been modernising its armed forces recently as its economy expands.

China's announced defence budget remains smaller than that of the US. But many China observers argue the real figure could be much higher.

The announcement marks the second consecutive year that the increase in China's defence spending has been below 10 percent following nearly two decades at or above that figure.

It means that total spending will account for about 1.3 percent of the country's projected GDP in 2017, the same level as in recent years, said government spokeswoman Fu Ying.

The precise figure for the country's military spending will be provided by Chinese Premier Li Keqiang when he addresses the NPC on Sunday.

Earlier this week, US President Donald Trump said he was seeking to boost defence spending by 10 percent in his proposed budget for 2018.

China's military build-up - and projection of naval power - has caused concerns in the region, where it has taken an increasingly assertive stance in territorial disputes.

Beijing has been building artificial islands on reefs in waters also claimed by other nations in the South China Sea.

Defending its right to build, China has said in the past that it has no intention of militarising the islands, but has acknowledged building what it calls necessary military facilities for defensive purposes.

There have been sporadic incidents between US and Chinese ships in the South China Sea. Late last year, a Chinese ship seized a US navy underwater drone off the Philippines, but later agreed to return it.

Chinese ships have also been involved in clashes and stand-offs with ships from Vietnam and the Philippines.

Japan signed off a record defence budget last December in the face of territorial disputes with China in the East China Sea and North Korea's nuclear and missile threats.

In Beijing, Ms Fu said on Saturday that China advocated "dialogue for peaceful resolutions, while at the same time, we need to possess the ability to defend our sovereignty and interests".