United States President Donald Trump has promised what he calls a "historic increase" in defence spending to rebuild the "depleted" US military. 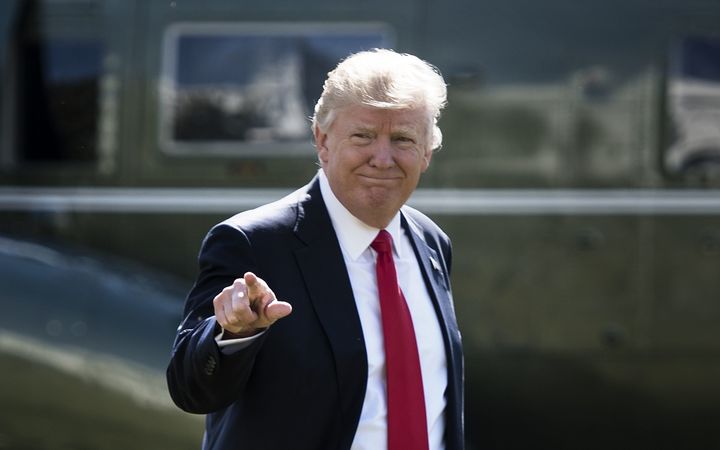 US President Donald Trump walks from Marine One to the White House, 24 February, 2017. Photo: AFP

Mr Trump seeks to boost spending by $US54 billion in his proposed budget plan for 2018, which is about a nine percent increase.

This would bring spending closer to wartime levels.

The blueprint also calls for deep cuts elsewhere, including to foreign assistance and environmental budgets.

But Mr Trump's plan leaves large welfare programmes such as Social Security and Medicare untouched, despite Republican calls for reform.

The president is expected to release his final budget proposal in mid-March.

"We're going to do more with less and make the government lean and accountable," Mr Trump said.

The president, who vowed to increase military spending and preserve welfare programmes during his campaign, said the budget would focus on "military, safety, economic development".

"It will include an historic increase in defence spending to rebuild the depleted military of the United States of America at a time we most need it," he said.

Military spending has declined in recent years due to budgetary battles in Congress.

Mr Trump also said he would discuss his plans for infrastructure spending, in a speech to Congress on Tuesday (local time).

"We're going to start spending on infrastructure big," he said.

The Republican did not say how his budget proposal would tackle mandatory spending and taxes, promising those details would come later.

Mr Trump pledged to cut taxes during his presidential campaign, which would likely add to the national debt.

The agencies will then review the plan and propose changes to the cuts as the White House prepares for negotiations with Congress.

The Republican-controlled Congress must approve any federal spending.

Mr Trump's plan is expected to face backlash from Democrats and some Republicans over cuts to domestic programmes.

"Democrats will make crystal clear the misplaced priorities of the Administration and the Republican majority, and we will fight tooth and nail to protect services and investments that are critical to hardworking American families and communities across the country," she said.