At least two people are dead and tens of thousands unable to return home because of flooding in northern NSW and south-east Queensland after ex-Tropical Cyclone Debbie. 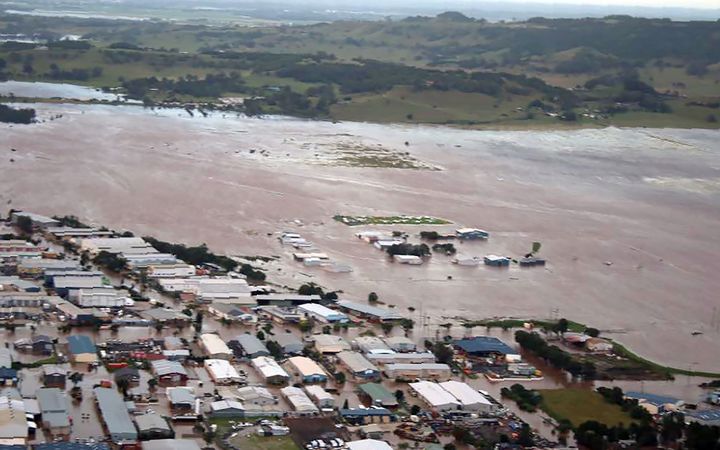 A body was found on a flood-hit property about 8am on Friday, police said, after a woman was reported missing in Burringbar, NSW, overnight on Thursday.

A second woman's body was found in a river in the Hunter Valley in NSW on Friday morning after her car was swept off a flooded bridge on Thursdy night.

Police said divers found the 64-year-old's body trapped in her car in the river in Gungal, while her husband, 74, managed to escape.

Between 500mm and 740mm of rain was recorded in NSW's Tweed River valley between 2am Thursday and 2am Friday, after which it began to ease.

The main areas affected were around Murwillumbah, where residents were forced to seek refuge in ceiling cavities and on roofs, and in Lismore where Wilsons River reached 11.6m. 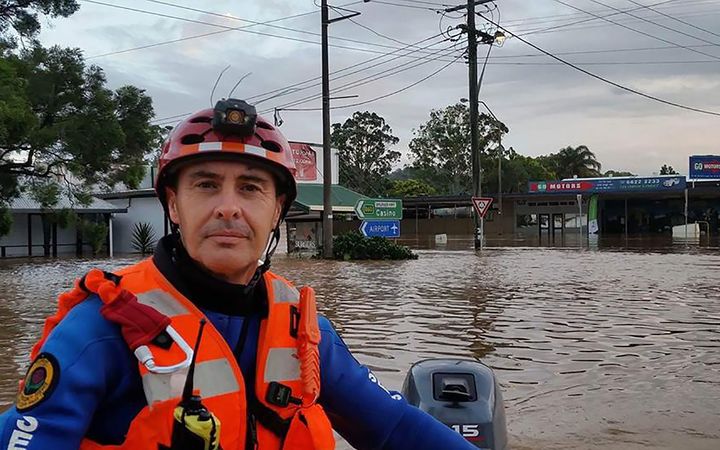 The NSW State Emergency Service made almost 400 flood rescues in the region and had about 2000 calls for help since Wednesday night.

Prime Minister Malcolm Turnbull expressed condolences to the family of the first woman whose body was found, and paid tribute to the efforts of emergency services.

"It brings out the best in Australians, the resilience and the solidarity of the communities and the extraordinary response of the emergency services supported by the Australian Defence Force," Mr Turnbull said.

"Sadly a woman's body has been found. Our sympathies go to her family and her friends."

The Tweed River at Murwillumbah and Chinderah wer very high and expected to peak about midnight with a high tide, remaining a major concern for NSW emergency services overnight. 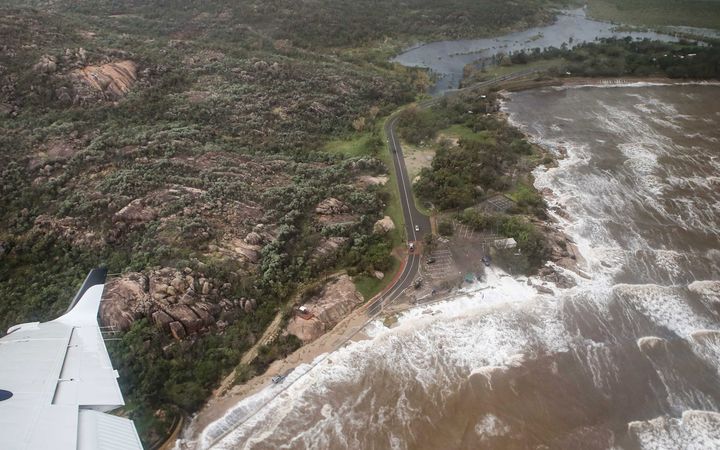 Damage near Bowen, Queensland, can be seen from the air after the area was hit by Cyclone Debbie. Photo: AFP PHOTO / AUSTRALIAN DEPARTMENT OF DEFENCE

In south-east Queensland, thousands of residents left low-lying areas of Logan, Beaudesert and the northern Gold Coast on Friday due to rising water levels in the Logan and Albert rivers.

Some areas in the region had rainfall of 600mm in 24 hours, and some winds reached 120km/h as the worst of the low-pressure system passed on Thursday.

Logan River peaked at more than 15m at Beaudesert about 7am on Friday, and Albert River was at near-record levels, with several hundred properties predicted to be inundated.

A resident of rural Alberton on the Gold Coast, Ian Rossman, said farmers there had also lost livestock.

"It's heartbreaking to see animals in that situation being washed away and as well there's the monetary side of it - it's always a difficult thing for farmers when there's damage like that."

More than 63,000 people remained without power, Energex said, including 25,000 on the Sunshine Coast, which was battered by the remnants of Debbie on Thursday night.