A bull shark has washed up on a road in Australia following Cyclone Debbie. 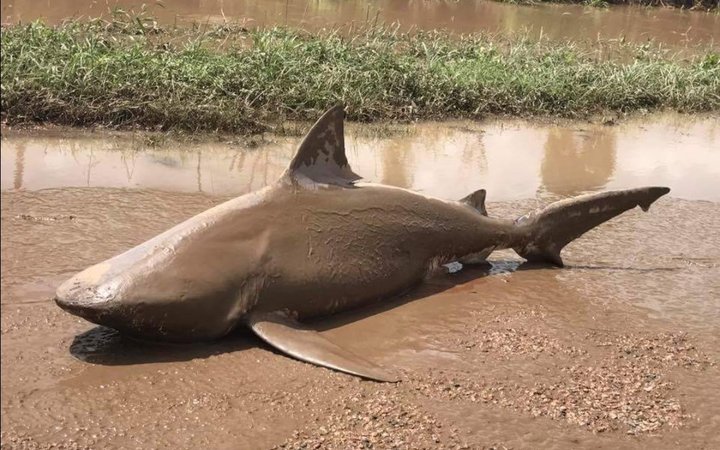 A bull shark washed up in Ayr, Queensland, following flooding in the aftermath of Cyclone Debbie Photo: Twitter / Queensland Fire and Emergency

Queensland Fire and Emergency tweeted the image, along with a warning. 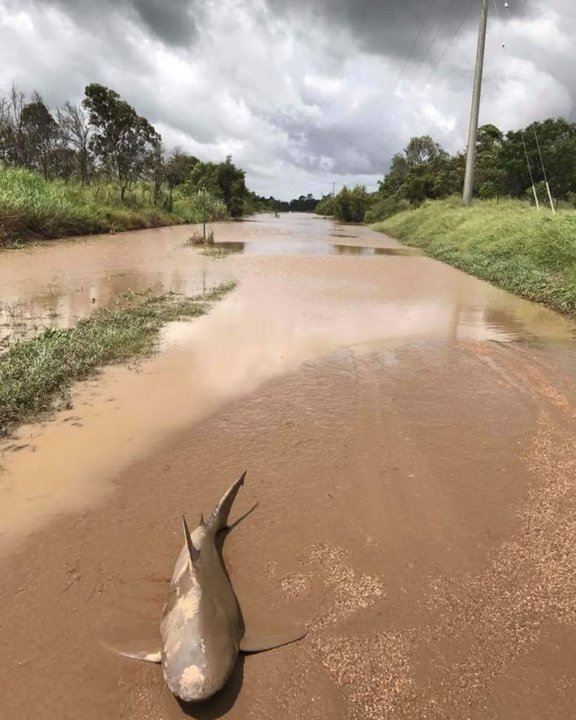 "Think it's safe to go back in the water? Think again! A bull shark washed up in Ayr. Stay out of floodwater."

The powerful cyclone brought widespread disruption to the area including flash flooding. Thousands of people had to flee their homes and some are still without power.

Local journalist Phillip Calder was on his way to cover a story, when he discovered the shark, tweeting that it was: "The only victim of Burdekin flooding".

"He must've gotten caught in a torrent and confused, beached himself on the side of the road," Mr Calder told news.com.au.

"We were pretty amazed, we were turning up to shoot a flooding road, we weren't expecting to see wildlife as well."

Some on social media have compared the find to the storyline from cult B-grade movie Sharknado - where killer sharks are flung from tornadoes.

Bull sharks are common in the Ayr area, with many of them living in nearby creeks and rivers.

The sharks can survive in both saltwater and freshwater and can travel far up rivers.