A British politician is recovering in hospital after a punch-up at a meeting of the UK Independence Party's MPs at the European Parliament in Strasbourg. 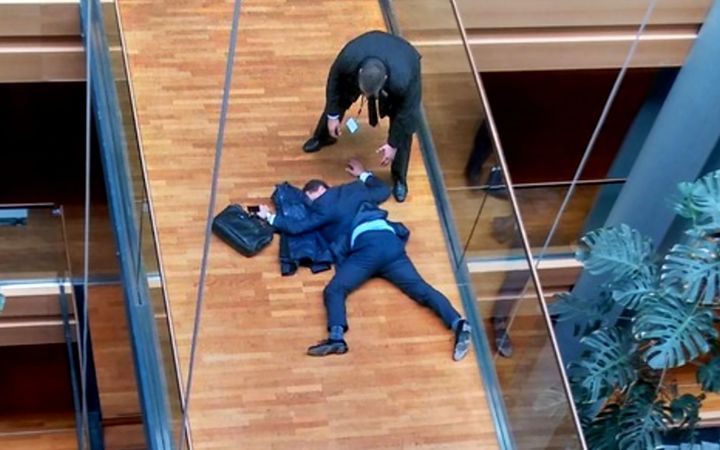 The favourite to lead the anti-EU Party, Steven Woolfe, was in a "serious" condition in hospital after an "altercation" at a meeting with colleagues in the European Parliament, former chief Nigel Farage said.

Steven Woolfe released a statement from his hospital bed saying he suffered bleeding on the brain, but has not been found to have a clot.

However, he said he was still numb on one side of his face.

He was said to have exchanged punches with another of the party's European MPs in an argument over his appreciation for the Conservative Party. 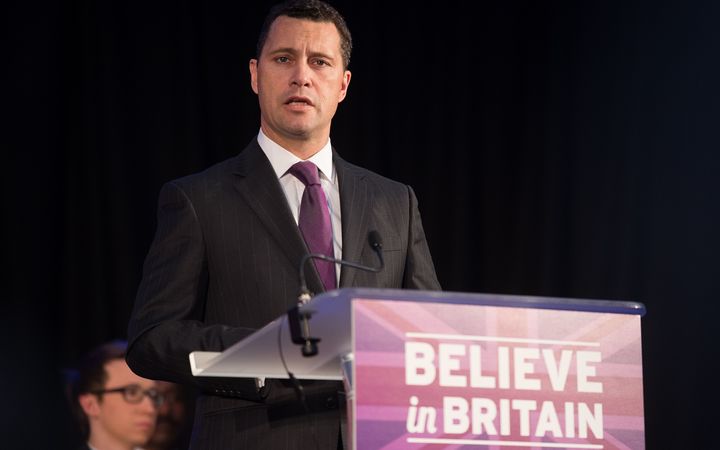 BBC political correspondent Tom Bateman said the meeting followed Steven Woolfe's recent praise for Theresa May's premiership and an admission he had "flirted with the idea" of joining the Conservatives but decided to stick with UKIP.

This led to "real anger" among some UKIP MEPs, Tom Bateman said.

Ironically the meeting was meant to 'clear the air'.

After the altercation Mr Woolfe carried on with his day, attending a session of the European Parliament, which he left early, and later collapsed.

The pro-Brexit party has been in turmoil this week.

Its former leader, Nigel Farage, has stepped back into the role he left immediately after Britain's vote to leave the European Union, because his replacement quit after just 18 days.

Mr Woolfe yesterday announced he would try for the job.

The UK Independence Party politician has served as a Member of the European Parliament for the North West England region since the 2014 European election.

All British members of the European Parliament, including those from UKIP, will lose their jobs because of the Brexit vote.