Britain's new prime minister Theresa May has vowed to lead a "one nation" government that works for all not just the "privileged few". 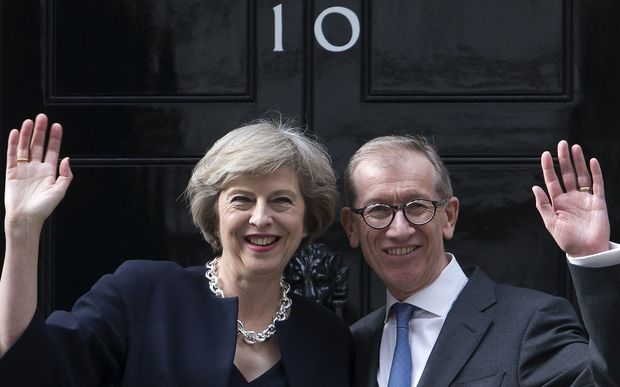 Mrs May has vowed to lead a "one nation" government that works for all not just the "privileged few".

Speaking outside 10 Downing Street after being invited to form a government by the Queen, she said it would be her mission to "build a better Britain".

Mrs May inherits a government transformed in less than a month by the referendum vote for Britain to leave the European Union which lead to her predecessor David Cameron resigning as leader.

She has begun to roll out new Cabinet appointments and has named Brexit campaigner Boris Johnson as Foreign Minister.

Mr Johnson was a leading figure in the victorious Leave campaign but his role in Britain's negotiations over its future relationship with the EU is likely to be limited because Mrs May is expected to create a new ministerial post focused on Brexit.

Philip Hammond, who had been Foreign Secretary, has succeeded George Osborne as Finance Minister, who has resigned.

Other appointments include Amber Rudd as Home Secretary and eurosceptic David Davis has been appointed to the new Cabinet position of Secretary of State for exiting the European Union or "Brexit secretary". 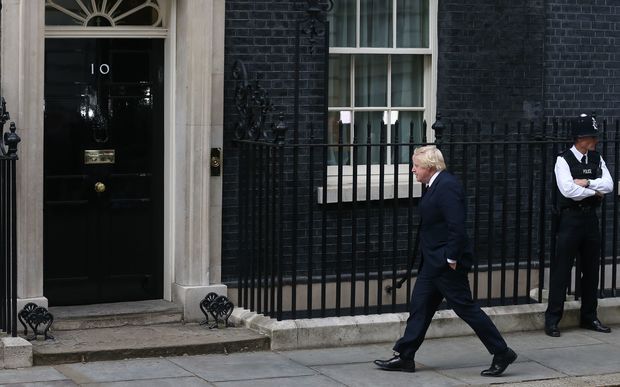 Mrs May arrived at the palace with her husband Philip, minutes after her predecessor David Cameron left with his family, having tendered his resignation to the Queen.

She promised to give people who were "just managing" and "working around the clock" more control over their lives. 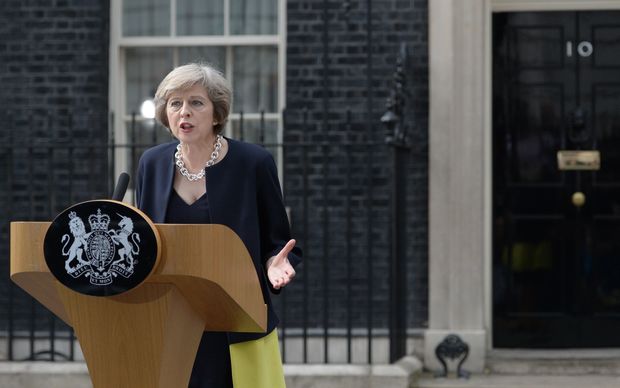 Mrs May is the UK's second female prime minister, after Margaret Thatcher.

Her husband Philip was standing behind her as she made her first public speech in the role, highlighting the "precious bond" between England, Scotland, Wales and Northern Ireland and between "every one of us".

"That means fighting against the burning injustice that if you're born poor you will die on average nine years earlier than others," she said.

For an "ordinary working class family, life is much harder than many people in Westminster realise".

Speaking directly to people who were "just managing", she said: "The government I lead will be driven, not by the interests of the privileged few, but by yours. We will do everything we can to give you more control over your lives.

"When we take the big calls, we'll think not of the powerful, but you.

"When we pass new laws, we'll listen not to the mighty, but to you. When it comes to taxes, we'll prioritise not the wealthy, but you.

"When it comes to opportunity, we won't entrench the advantages of the fortunate few, we will do everything we can to help anybody, whatever your background, to go as far as your talents will take you." David Cameron with his wife Samantha and his children leave Downing Street for the last time. Photo: AFP

She also paid tribute to her predecessor, saying Mr Cameron had been a "great, modern prime minister".

In his farewell statement outside Downing Street, Mr Cameron said Mrs May would provide "strong and stable leadership" and wished her well in her negotiations on Britain's exit from the EU.

Like Mr Cameron, Mrs May campaigned to remain in the EU but has said she will respect the will of the people, as expressed in 23 June's referendum, saying: "Brexit means Brexit".

She is expected to announce the make up of her new cabinet later, with the the key roles of chancellor, home secretary and foreign secretary set to be filled first.

New Zealand's Prime Minister John Key congratulated Mrs May, and said he is confident they would work well together.

Mr Key said he hoped to talk to the new leader in the coming days, and he also wished the best for Mr Cameron whom he said had become a very good friend.