Theresa May and Andrea Leadsom will battle it out to become the next UK Conservative Party leader, after Brexit leave campaigner Michael Gove was eliminated from the contest. 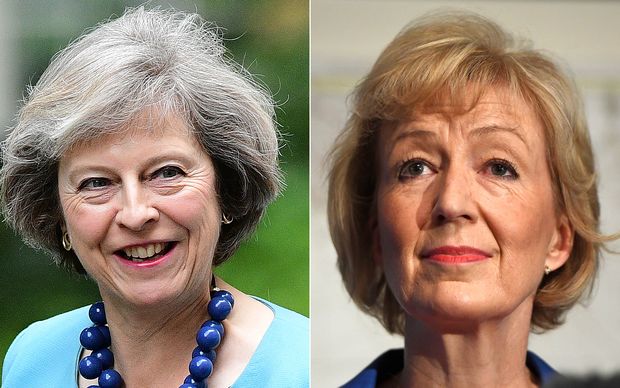 Conservative Party leadership candidates Theresa May, left, and Andrea Leadsom remain in the running to be the next UK PM. Photo: AFP

After the second MPs' ballot, Theresa May, the Home Secretary, finished with 199 votes, Energy Minister Andrea Leadsom had 84 and Mr Gove, the Justice Secretary, gained 46.

Conservative members will now decide the winning candidate and the result is due on 9 September.

The winner will become the UK's second female prime minister.

Current Prime Minister David Cameron resigned after finishing on the losing side in the referendum which resulted in a vote for the UK to leave the European Union.

There had originally been five contenders to succeed Mr Cameron, with MPs voting in two rounds to get that number down to two.

The contest now moves to its final stage with the Conservative Party's 150,000-strong membership deciding between Mrs May, a Remain campaigner with a long track record in government, and Mrs Leadsom, a leading light of the Brexit campaign who has stressed her City and business background.

Speaking after the results were announced, Mrs May said she had secured support from all wings of the Conservative Party and promised to bring the Tories together.

She promised "strong, proven leadership" to negotiate the UK's departure from the EU, and to "make Britain a country that works not for a privileged few but for every one of us". 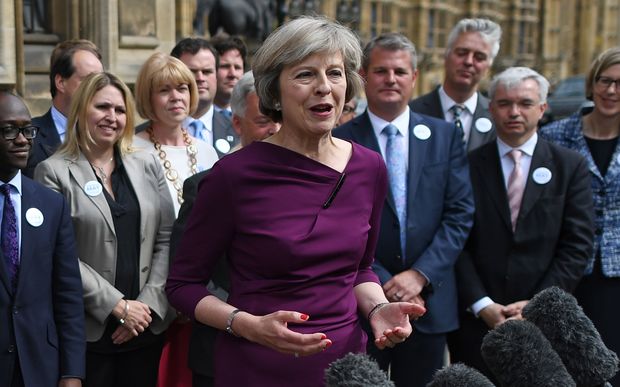 Mrs May speaks to members of the media at the Palace of Westminster in London on 7 July. Photo: AFP

Conservative MP Tim Loughton, Mrs Leadsom's campaign manager, said she would bring a "huge and fresh skills base" to Downing Street if elected.

He played down her lack of cabinet experience, saying she would have "no problem stepping up to the job" having had a long career outside politics. 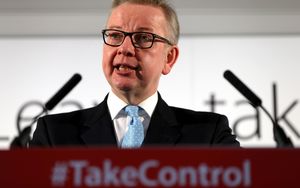 "She has done things outside of this place on so many different levels."

Mr Gove said he was "naturally disappointed" not to have made it to the final two, describing the remaining contenders as "formidable politicians".

He welcomed the fact that the UK would be getting a second female prime minister - after Margaret Thatcher - and called for a "civilised, inclusive, positive and optimistic debate".

Mr Gove did not announce backing for either candidate, but several of his key backers, including Education Secretary Nicky Morgan and Culture Minister Ed Vaizey, switched their support to Mrs May.

Anyone wanting to vote has to have been a member of the Conservative Party by 9 June. 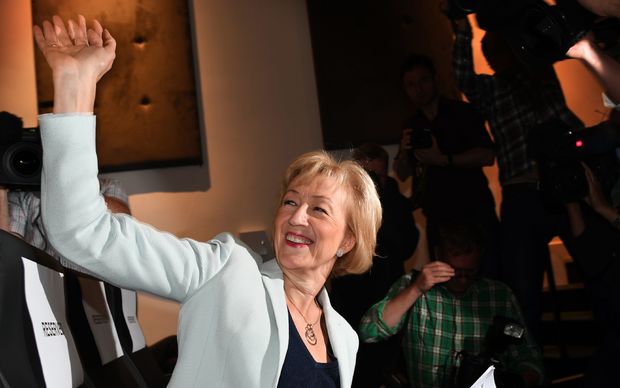 They would be mostly over 50, disproportionately male, and "overwhelmingly middle class", he said.

He predicted the Brexit debate would "play a role" in the contest, but not a defining one.

About two thirds of Tory members voted to leave, but a higher proportion saw a candidate's leadership credentials and vision for Britain as the most important factor, Professor Curtice said.

"The fact that she hasn't had experience at the Cabinet table, hasn't had much experience even as a junior minister - let's face it she's had just two years - I do think is a problem at this stage."

But one of Mrs Leadsom's high-profile backers, former worker and pensions secretary Iain Duncan Smith, said she would "develop" over the coming weeks and get "better and better and better".

Mrs Leadsom is also supported by former London mayor and one-time leadership favourite Boris Johnson, who said she would replace the "absurd gloom in some quarters with a positive confident and optimistic approach".

Nigel Farage, who has announced he is standing down as leader of the anti-EU Ukip party, said on Twitter he was backing her.