China shut schools and cancelled dozens of flights as Typhoon Megi made landfall in the southern province of Fujian with winds of close to 120km/h, local media have reported.

Megi, which has killed four people and injured hundreds in Taiwan since roaring in from the Pacific, made landfall at 4.40am Wednesday (9.40am NZT).

Chinese authorities issued their third-highest severe weather warning in anticipation of the storm.

The country's official news agency, Xinhua, said more than 120,000 people who worked close to shore or at sea had been moved by Fujian authorities. The province's 31,700 fishing boats had been recalled to port to avoid the high winds.

More than 14,700 people were evacuated in Taiwan, while millions lost power and hundreds of thousands of homes were without water.

Typhoons are common at this time of year, picking up strength as they cross warm Pacific waters and bringing fierce winds and rain when they reach land. 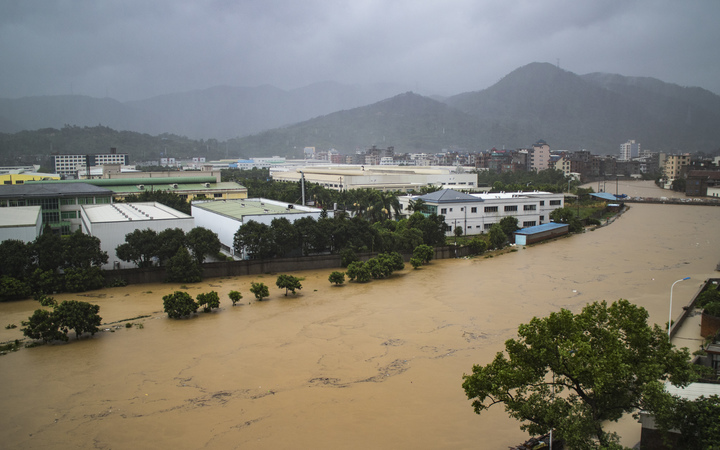