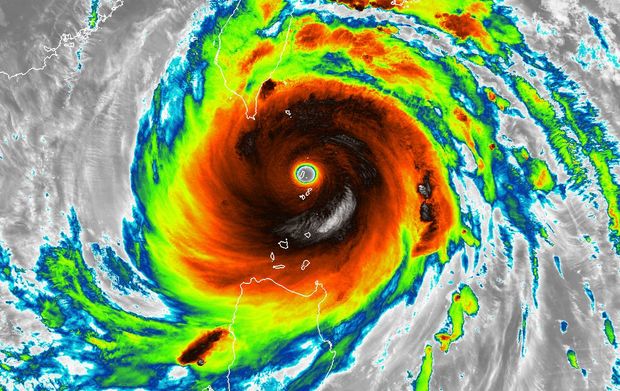 Typhoon Meranti closes in on China in this infra-red image released by NASA. Photo: NASA

The storm, registered as a super typhoon before losing strength, made landfall in the early hours near the major city of Xiamen.

Pictures on state media showed flooded streets in some parts of the province of Fujian, where Xiamen is located, fallen trees and crushed cars.

Earlier, one person died and 38 were injured in Taiwan, as the typhoon hit the southern part of the island, Taiwan's Central Emergency Operation Centre said.

No casualties in China have been reported yet.

Large sections of Xiamen had power supplies cut off, while parts of the city suffered water supply disruptions and some windows on tall buildings shattered, state news agency Xinhua said.

The report said it was the strongest typhoon to hit that part of the country since the founding of Communist China in 1949 and the strongest so far this year anywhere in the world.

Dozens of flights and train services have been cancelled, state television said, inconveniencing people at the start of the three-day Mid-Autumn Festival holiday.

An inflatable moon that was being used to celebrate the festival in the city of Fuzhou was picked up by the winds and sent rampaging through the streets:

Tens of thousands of people had already been evacuated as the storm approached and fishing boats called back to port.

South China Sea is having a week of extreme weather. Image from Weatherscape, MetService. ^Lisa pic.twitter.com/4Jxr9yh7S1

Meranti was classed as Category 5, the strongest classification awarded by the Tropical Storm Risk tracker, before it made landfall on the mainland. It has since been downgraded to Category 2.

The storm was expected to continue to lose strength as it pushed inland and up towards China's commercial capital of Shanghai, but would still bring heavy rain. 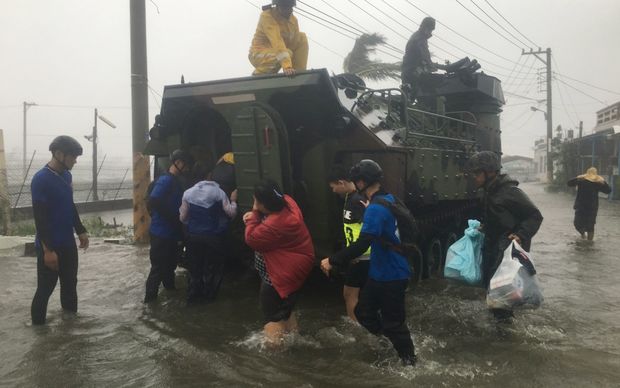 'World's strongest so far this year'

Taiwan's Central Weather Bureau had warned the storm would threaten several southern and eastern cities, including Kaohsiung and Hualien, with strong winds, torrential rain and flooding.

Meranti, which grew in strength as it neared Taiwan, was carrying maximum winds of 216 km per hour, meteorologists said.

"This typhoon is the world's strongest so far this year," the bureau's spokeswoman, Hsieh Pei-yun, said yesterday. "Its impact on Taiwan will peak all day today." 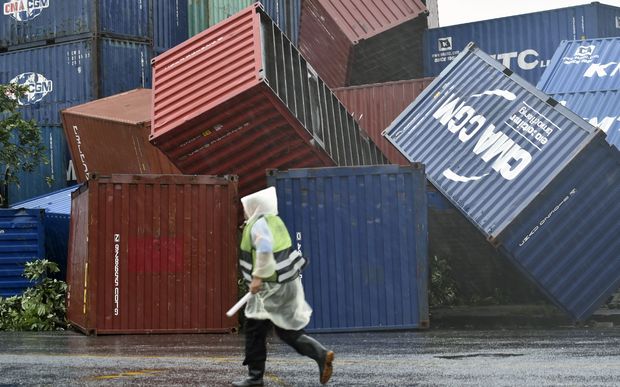 A man walks past downed shipping containers at the Kaohsiung Harbour. Photo: AFP

Companies and schools in Kaohsiung and other cities closed and almost 1500 residents were evacuated, the Central Emergency Operation Centre said in a statement.

Nearly 200,000 Taiwanese households lost power during the storm, according to the Taiwan Power Company. Most domestic flights were cancelled, including all of those from Kaohsiung airport, where international flights were also severely affected. 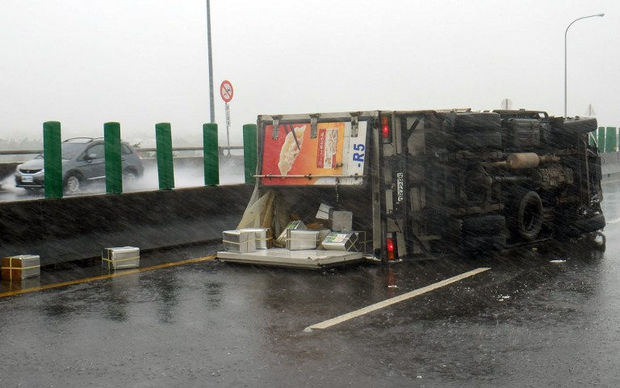 Meranti comes just over two months after the deadly typhoon Nepartak cut power, grounded flights and forced thousands to flee their homes across central and southern areas of Taiwan.

In 2009, Typhoon Morakot cut a swath of destruction through southern Taiwan, killing about 700 people and causing up to $US3 billion of damage.