Presumptive US Republican nominee Donald Trump has said taxes for rich people may have to go up, in an apparent reversal of his stated policy. 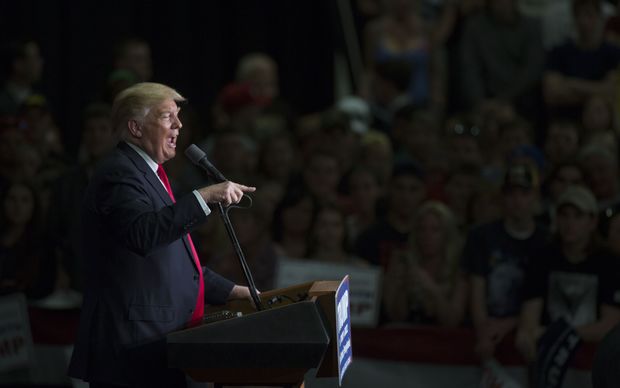 "On my plan they're going down. But by the time it's negotiated, they'll go up," Mr Trump told ABC's This Week.

He also apparently reversed his position on the minimum wage, telling the programme: "I'm allowed to change."

Mr Trump is all but certain to become the official Republican candidate for the November presidential election.

Several top Republicans have said they will not vote for him.

On the Democratic Party side, Hillary Clinton has a substantial lead over Bernie Sanders.

Mr Trump's tax plan says the wealthiest individuals would get a tax break. But he told ABC his "optimum plan" would be negotiated with Democrats, but not be approved as such.

His top priorities would be lowering taxes on businesses and the middle class, not helping the rich.

On the minimum wage, Mr Trump said: "I haven't decided in terms of numbers. But I think people have to get more." He has previously said he is against increasing the minimum wage.

When asked about the change of position, the New York billionaire said: "I'm allowed to change. You need flexibility."