Ted Cruz has dropped out of the Republican race for the US presidency, after his main rival Donald Trump thumped him in the Indiana primary.

The senator from Texas had been seen as the Republican party's only viable alternative to Mr Trump.

"We left it all in the field in Indiana, and the voters chose another path," he told supporters in Indiana.

"With a heavy heart, but with boundless optimism for the long-term future of our nation, we are suspending our campaign."

His supporters yelled "no" as he announced he was dropping out.

Members of the crowd in tears as Cruz announces campaign suspension pic.twitter.com/xpUP3DXJjx

Mr Trump was earlier projected to be the Indiana winner by television networks shortly after polling closed in the Midwestern state.

The win moved him close to being unstoppable in his march to the party's presidential nomination, with 1041 delegates. 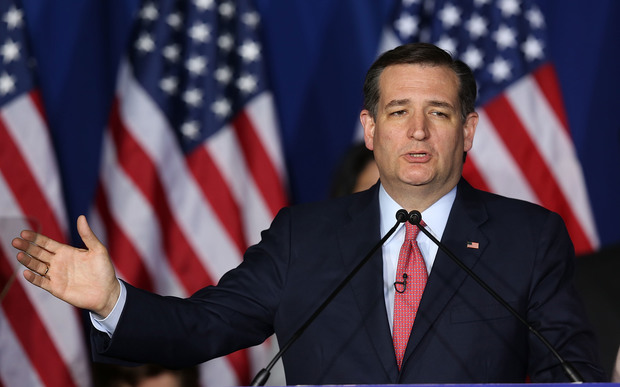 Ted Cruz has dropped out of the Republican race for the White House. Photo: AFP

A candidate must reach 1237 delegates to become the nominee prior to the July convention.

Mr Trump was on track to take well over 50 percent of the vote, eclipsing Mr Cruz. Ohio Governor John Kasich was running a distant third.

Bernie Sanders has won the Democratic primary in Indiana, denying former Secretary of State Hillary Clinton another win as she inches closer to the Democratic nomination with a strong delegate lead.

Mr Cruz had been counting on a win in Tuesday's primary to slow the New York businessman's progress toward the nomination. But Mr Trump rode momentum from wins in five Northeastern states a week ago into a big lead in Indiana over Mr Cruz, whose brand of Christian conservatism had been expected to have wide appeal in the state.

"Lyin' Ted Cruz consistently said that he will, and must, win Indiana. If he doesn't he should drop out of the race-stop wasting time & money," Mr Trump tweeted ahead of a victory speech he was to deliver at Trump Tower in New York. 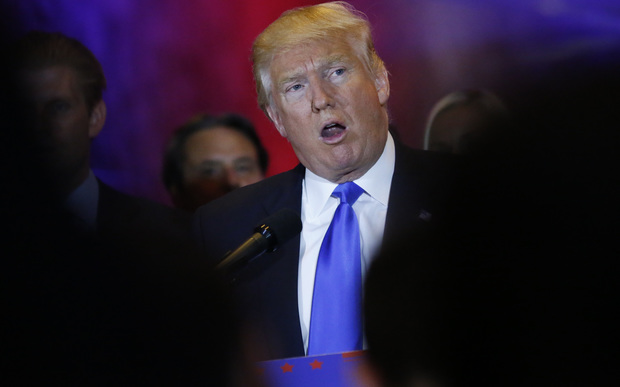 At Mr Cruz's evening event in Indianapolis, there was an air of resignation among some of his supporters.

"I'm definitely disappointed that we couldn't pull it out for him in Indiana," said Andrew Coulter.

The loss for Mr Cruz was a sour ending to a rough day in which he got entangled in a harsh back-and-forth with Mr Trump.

Mr Cruz's fury was triggered when Mr Trump said in a television appearance that the senator's father, Cuban emigre Rafael Cruz, was linked to John F. Kennedy's assassin, Lee Harvey Oswald. Mr Trump was referring to a report by the National Enquirer, a supermarket tabloid known for celebrity gossip and alien sightings.

Campaigning in Evansville, in the state's southwest corner, Mr Cruz sounded deeply frustrated by the bombastic real estate mogul, who has ripped him at every turn.

"The man cannot tell the truth but he combines it with being a narcissist," Mr Cruz said. "A narcissist at a level I don't think this country has ever seen."

Mr Cruz termed Mr Trump a "serial philanderer" - likely as part of his strategy to try to win the support of evangelical voters. Trump, in response, said Cruz had become "more and more unhinged".

The only hopes Mr Kasich have for becoming the Republican nominee is to somehow deny Trump the 1237 delegates he needed to win the nomination outright and force Republicans at their July convention in Cleveland to choose one of them.

Mr Kasich vowed to stay in the race.

"Our strategy has been and continues to be one that involves winning the nomination at an open convention."