The presumed death toll in the volcanic eruption has risen to 36, with the discovery of five more bodies.

Nine bodies have been found, while 27 people remain missing.

Rescuers resumed searching today for the victims who are presumed to have perished in a sudden rain of ash and stone.

Some 500 searchers headed for the summit of Mount Ontake, turned into an eerie moonscape by a thick layer of grey ash, where most of the victims of Japan's first fatal volcanic eruption since 1991 are believed to have fallen near craters spewing steam and ash. 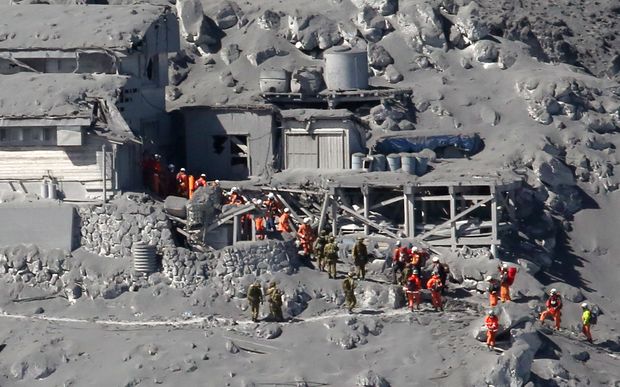 Hundreds of people, including children, were on the mountain, a popular hiking site, after it erupted on Saturday. Most made their way down later in the day but about 40 spent the night near the peak.

Some wrapped themselves in blankets and huddled in the basement of buildings. "The roof on the mountain lodge was destroyed by falling rock, so we had to take refuge below the building," one told NHK national television. "That's how bad it was."

Four men were pronounced dead late yesterday, a day after the 3067-metre volcano, erupted in a massive cloud of ash and smoke, Reuters reports.

The other 27 believed dead were described as having suffered cardiopulmonary arrest, a procedural formality followed in Japan in the absence of a medical examination to confirm death. Forty people have also been injured.

Rescue efforts were abandoned yesterday after the smell of sulphur strengthened at the peak, fanning fears of toxic fumes. 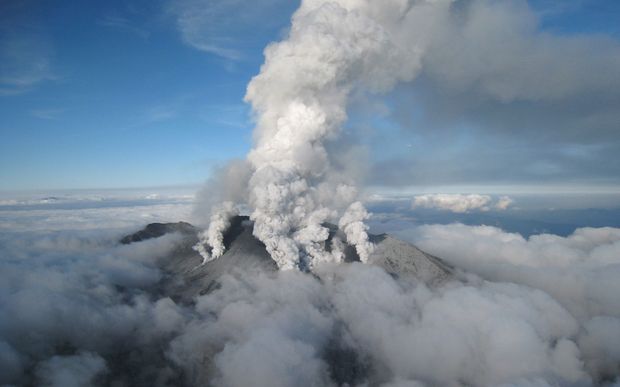 Japan is one of the world's most seismically active nations, but had suffered no fatalities in volcanic eruptions since 1991, when 43 people died in a pyroclastic flow, a superheated current of gas and rock, at Mount Unzen in the southwest.

Ontake, the country's second-highest active volcano, 200km west of Tokyo, last had a minor eruption seven years ago. Its last major eruption, the first on record, was in 1979.

Hikers said there was no warning of Saturday's eruption just before noon on a clear day. Experts said it was hard to have predicted the eruption, despite tremors in the area this month, since there were no other changes in the mountain.