The authorities in the Philippines have ordered the evacuation of 12,000 residents close to the Mayon volcano after signs of increased activity. 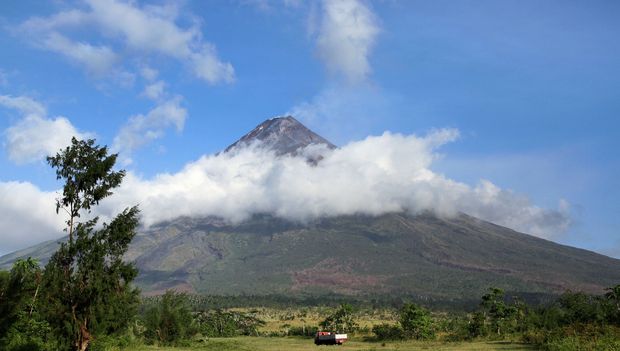 Mount Mayon, one of the most active volcanoes in the Philippines. Photo: AFP

A series of small earthquakes and rockfalls had been recorded and magma could now be seen in the crater, local experts said.

Vulcanologists warned that a dangerous eruption could occur within weeks.

Mt Mayon, on the central island of Luzon, is one of the most active volcanoes in the Philippines.

The BBC reports it last erupted in May 2013, killing four climbers and their guide.

Those who died were hit by rocks that rained down on them after the ash blast, local reports said.

The 2,460-metre volcano lies 330km south-east of the capital Manila.