The Icelandic Met Office has raised its aviation warning level near the Bardarbunga volcano to red after an eruption began. 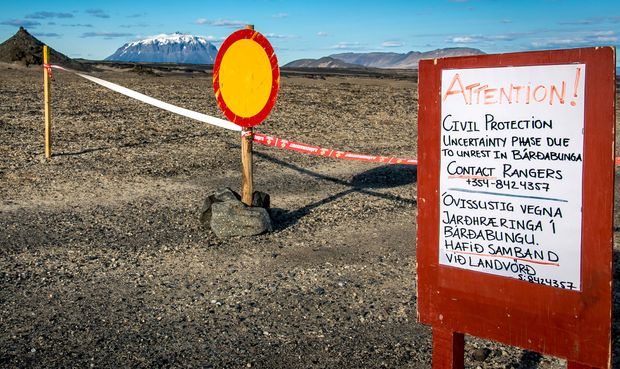 Scientists said a fissure eruption 1km long started in a lava field north of the Vatnajokull glacier, the BBC reported.

Civil protection officials said Icelandic Air Traffic Control had closed the airspace above the eruption up to a height of 1,500m.

The volcano has been hit by several recent tremors.

The fissure eruption took place between Dyngjujokull Glacier and the Askja caldera, a statement from the Department of Civil Protection said.

The area is part of the Bardabunga system.

"Scientists who have been at work close to the eruption monitor the event at a safe distance," the statement added.

"The Icelandic Met Office has raised the aviation colour code over the eruption site to red."

It added that no volcanic ash had so far been detected but a coast guard aircraft was due to take off later to survey the site.