Rescuers have found 30 lifeless hikers near the peak of Mount Ontake, after Saturday's sudden volcanic eruption. 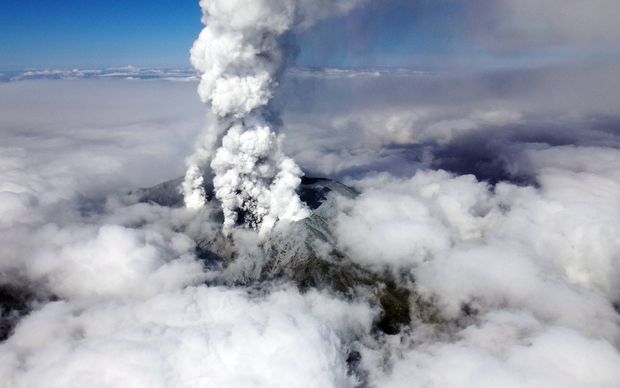 The hikers were not breathing and their hearts had stopped, reports said. Final confirmation of death in Japan always comes via a medical examination.

The BBC reports that about 250 people were trapped on the slopes, but most have got down safely.

The volcano, about 200km west of Tokyo, erupted suddenly on Saturday, spewing ash and rocks.

Ordinarily it is a popular place to see autumn foliage.

As the search effort intensified earlier on Sunday, officials said they were searching for 30 feared missing or buried by ash. 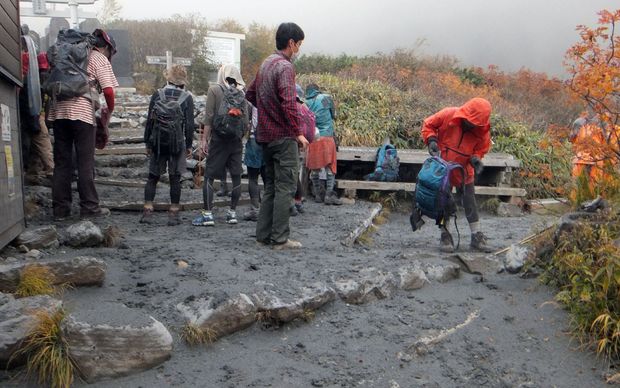 Military helicopters plucked seven people off the mountainside earlier on Sunday, the Associated Press reports, and workers on foot were also helping others make their way down.

Japan is one of the world's most seismically active nations but there have been no fatalities from volcanic eruptions since 1991, when 43 people died at Mount Unzen in the south-west.

A BBC correspondent said it was not clear why there was no warning of Saturday's eruption.

Japan monitors its volcanoes closely and any that show signs of activity are immediately closed to hikers - but this time that did not happen.