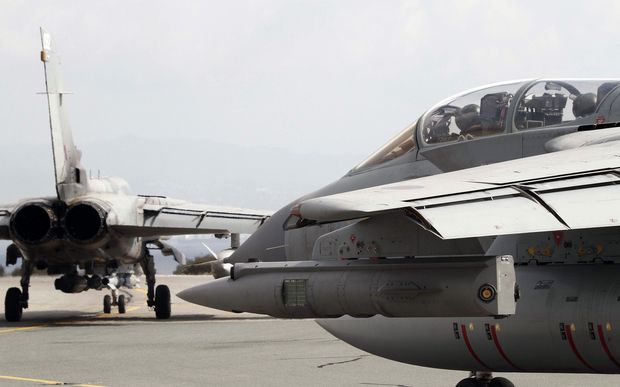 The UK Ministry of Defence said the two Tornado jets carried out armed reconnaissance operations but did not conduct any air strikes.

They gathered intelligence which would be "invaluable", the ministry added.

The mission came after the UK Parliament voted by 524 votes to 43 to take action against IS in Iraq, but not Syria.

The Tornado jets returned to RAF Akrotiri in Cyprus, seven hours after they took off.

In a statement, the MOD said: "Although on this occasion no targets were identified as requiring immediate air attack by our aircraft, the intelligence gathered by the Tornados' highly sophisticated surveillance equipment will be invaluable to the Iraqi authorities and their coalition partners."

It said that the "very presence of coalition airpower" would have a significant impact on IS.

"With no effective defence against air strikes, and knowing the precision with which coalition aircraft can hit them, the terrorists are forced to be much more cautious, keeping their forces dispersed and movement inhibited.

"They also know that should they concentrate to deliver an attack against Iraqi or Kurdish troops, aircraft are likely to arrive overhead very soon afterwards."

RAF Tornados have been flying reconnaissance missions over Iraq for the past six weeks, but these are the first flights since they have been authorised to launch air strikes. 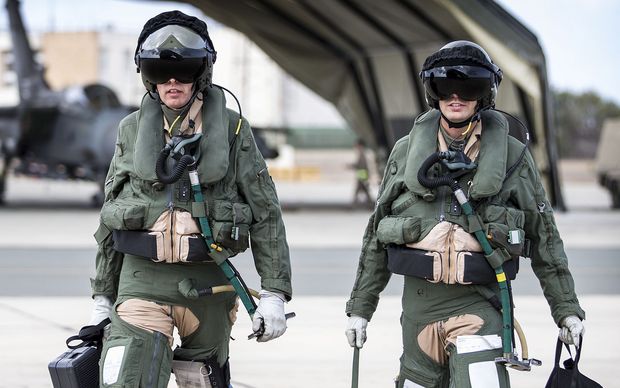 The crew of a Royal Air Force Tornado preparing for departure. Photo: AFP

The planes were loaded with laser-guided bombs and missiles.

The Tornados were supported by a Voyager air-to-air refuelling aircraft.

John Nichol, a former RAF navigator who was held captive in the Gulf War of 1991, said the difficulty with the mission was that IS does not have military infrastructure such as air fields or weapon dumps which can be destroyed.

"If there are no IS fighters on the ground and we're talking of a pick-up truck with some weaponry on the back - then there is nothing to attack.

"If IS know that the air assets are up there to hunt them down, they're not stupid, they're going to be hiding amongst the civilian population."

Meanwhile, American warplanes have been carrying out non-stop attacks around the mainly Kurdish town of Kobane in northern Syria, which is being besieged by Islamic State fighters.