The European Union's anti-terrorism co-ordinator says the number of Europeans joining extreme Islamist fighters in Syria and Iraq has risen to above 3000. 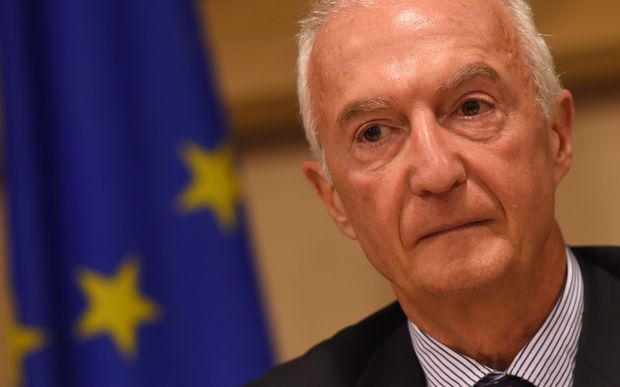 Gilles de Kerchove addresses a commission on Islamic State at the European Parliament in Brussels in September. Photo: AFP

Gilles de Kerchove said it was partly because of the declaration of a Caliphate by Islamic State (IS) in June, as jihadists want to be part of it as early as possible, the BBC reports.

He also warned that western air strikes against jihadists are increasing the risk of retaliatory attacks in Europe.

United States-led forces have launched nearly 200 air strikes against IS in Iraq since August and early this week began targeting the same group in Syria.

The British parliament is due to vote on possible air strikes in Iraq later tonight.

Australia's prime minister Tony Aboott said his government would decide in the coming days whether to join air strikes in Iraq and Syria.

Too early to claim success against IS

The US has said it is too early to say if the coalition it is leading is winning the fight against IS.

About 200 Iraqi soldiers have been trapped in an army camp in western Iraq, only days after extremists used similar tactics to over-run an army base just 50 kilometres from Baghdad, and kill or capture more than 400 soldiers.

Pentagon spokesperson Rear Admiral John Kirby said the fight against the jihadists was only beginning.

"Even after the hits they've taken, and they have been hit, they still have financing at their fingertips," Rear Admiral Kirby said.

He said the strikes had been effective but not yet decisive and it was too soon to talk of "winning" against IS.

The US has said more than 40 countries have offered to join the anti-IS coalition.