The secretary-general of Nato, Anders Fogh Rasmussen, says the military alliance will fully respect Ukraine's wish to join, if it chooses to do so. 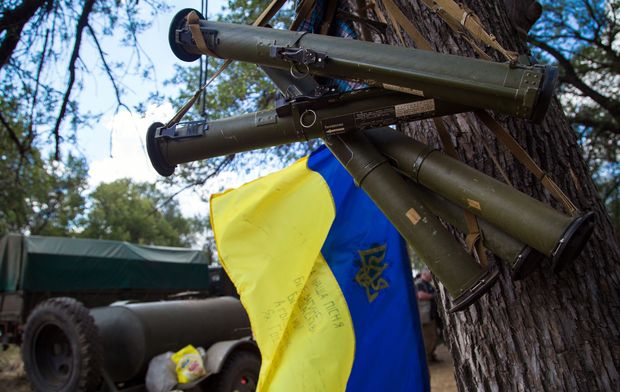 Grenade launchers attached on a tree with a Ukrainian flag inside a military camp in the Donetsk region. Photo: AFP

Nato criticised Russia's actions in neighbouring Ukraine and released satellite images which it said showed that Russia's combat forces are engaged in military operations there, the BBC reported.

Ukraine is not a member of any military grouping at present.

Germany has warned the crisis in Ukraine is "slipping out of control" and needs to be reined in to avoid a military clash with Russia.

Two and a half thousand people have died in fighting between rebels and Ukrainian troops since April.

The conflict erupted in April when Russia's annexation of Crimea prompted rebels to take control of large parts of the eastern regions of Donetsk and Luhansk.

Russian President Vladimir Putin has blamed Ukraine for the crisis, comparing its siege of Donetsk and Luhansk to the siege of Leningrad by Nazi Germany in World War Two.