Petro Poroshenko said many current MPs were backers of ousted President Viktor Yanukovych and that the majority of Ukrainians wanted a new parliament.

In a televised address, the president said elections would be held on 26 October. 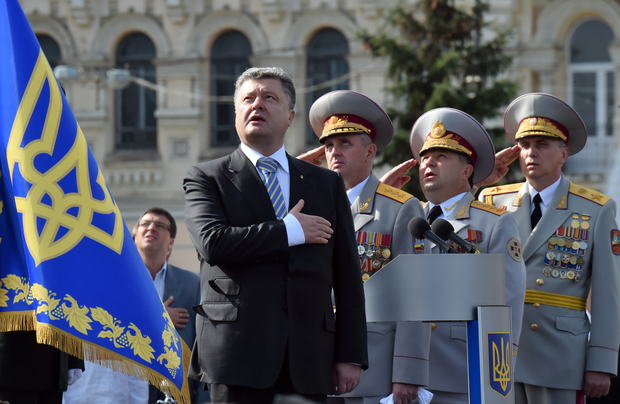 President Petro Poroshenko and the supreme command staff at a parade on Sunday marking the anniversary of Ukraine's independence. Photo: AFP

Separately, the Ukrainian military says it clashed with rebel armoured vehicles that crossed from Russia and headed to the south-eastern port of Mariupol.

One commander said rebels might be trying to open up a new southern front. Russia did not comment on the issue.

Officials said 10 tanks and two armoured personnel carriers were in the column that crossed into south-east Ukraine, although other reports said the number of vehicles was as high as 50, the BBC reports.

Ukraine's military said border guards had halted the column about 5km north-east of Novoazovsk, which is about 10km from the frontier in the far south-east of Ukraine.

President Poroshenko had voiced his "extreme concern" about the alleged crossing, his office said.

Russian Foreign Minister Sergei Lavrov said he had not heard the reports about the alleged incursion into Ukraine, but complained of regular "disinformation about our 'incursions'".

Mr Lavrov has said the Kremlin planned to send a second humanitarian convoy "in the next few days" as the situation there was "deteriorating".

The first convoy, which returned at the weekend, crossed the border without Ukraine's authorisation. Ukraine feared it was carrying military equipment to pro-Russian separatists and denounced it as an invasion.

More than 2,000 people have died in fighting between Ukrainian forces and the separatists in recent months and some 330,00 people have been displaced. 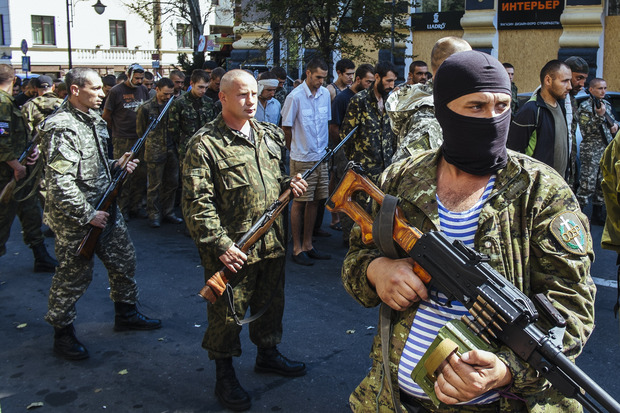