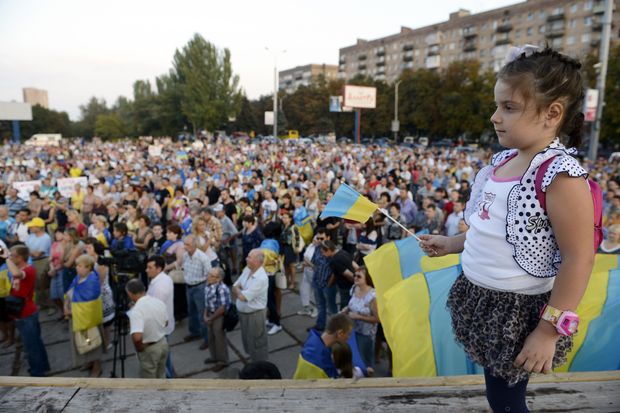 A child holds a Ukrainian flag during a rally in the center of the southern Ukrainian city of Mariupol. Photo: AFP

Mr McCully said it is important the sovereignty and territorial integrity of Ukraine is fully respected and that all parties adhere to international law.

He said New Zealand supports the efforts of the UN Secretary General and the Organisation for Security and Co-operation in Europe.