Explainer - The Sydney case who visited Wellington sparking the latest Covid-19 scare in New Zealand has not been confirmed as having the Delta variant of the virus, but the Director-General of Health Ashley Bloomfield says health officials are assuming it is.

Here's what you need to know about this highly infectious strain. 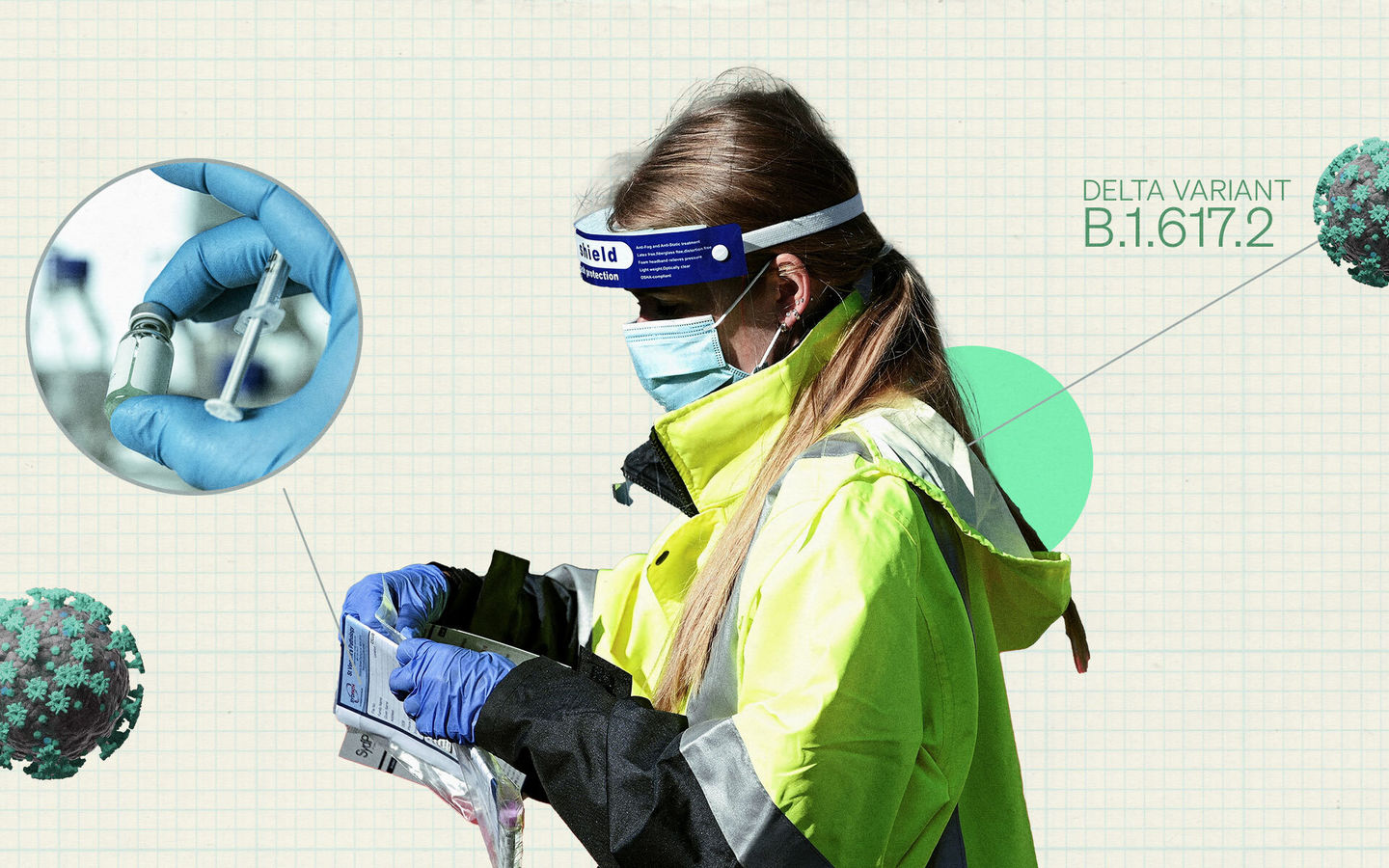 Where did this strain originate?

The Delta variant, also known as B.1.617.2, was first detected in India but has since surfaced in more than 70 countries, according to the World Health Organization (WHO).

WHO advisor and Professor of Epidemiology at the University of New South Wales Professor Mary-Louise McLaws says it is incredibly infectious.

Is the Delta variant more infectious than other variants?

Early evidence suggests the Delta variant could cause an increased risk of hospitalisation in comparison to the Alpha strain, according to Public Health England (PHE).

How does this strain spread?

Prof McLaws told Nine to Noon the faster transmission of this strain of virus is down to the droplet size.

It appears that transmission could occur after a fleeting exposure.

To clarify, Prof McLaws says that does not mean a fleeting exposure to the human being you pass in the corridor, for example, but rather that the person infected with Delta pushes out a lot of very small, light particles which hang in the air. When someone walks through these particles without a mask, they are at risk of becoming infected.

"So, while it appears to be fleeting, it's actually that [the infected person is] pushing out a lot of particles and this strain has learnt to infect with fewer particles."

Prof McLaws said scientists initially thought Covid-19 was spread by droplet particles - which do not remain the air very long, only a matter of seconds and if there's a slight wind, they'll dissipate very quickly.

"But people don't just push out a virus from a respiratory tract as a one-size particle. We push out all types of particles and the smaller particles can hang in the air for longer," she says.

These particles can remain in the air for five to 10 minutes, or even longer indoors, Professor McLaws says.

Covid-19 modelling expert Professor Shaun Hendy says because of the Delta variant's characteristics, outbreaks of it could also take longer to get under control.

The Delta strain does have an impact on the efficacy of the Pfizer vaccine, Professor McLaws says.

"If you've only had one dose, plus about 14 days, assume you're not protected.

"Once you have the second dose, you are protected, the vaccine efficacy goes up to from 33% from that first dose to about 88% but you still need 14 days after that second dose."

It does have some impact, but Professor McLaws says the Pfizer vaccine will protect you well, especially after both doses.

This strain also has an impact on the likelihood of false negative tests when people are tested early on.

How to stay protected

In Wellington, Professor McLaws recommends people wear masks for at least the next five days until health authorities give the all clear.

"This is a highly infectious virus, and you don't know who you're going to meet who might've been infected by this traveler. Please wear a mask."