The Covid-19 positive traveller to Wellington visited to Te Papa, an inner city bar and a central city pharmacy, among locations of interest identified by the Ministry of Health. 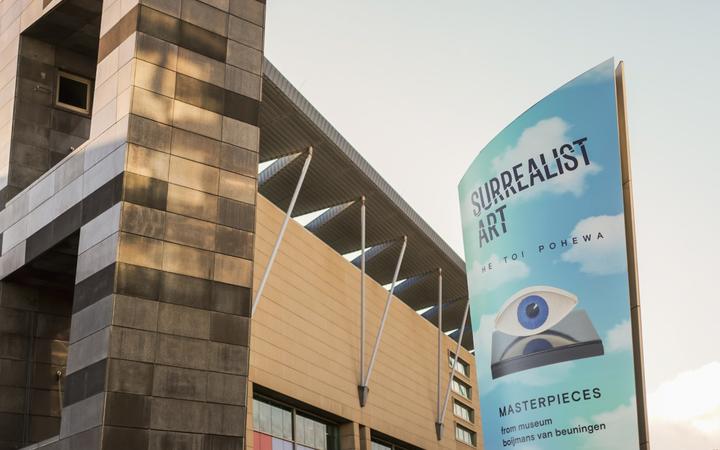 The Covid-19 positive tourist went to an exhibition in Te Papa and visited an inner Wellington bar and a central city pharmacy on Saturday. Photo: RNZ / Dom Thomas

The man, who along with his partner spent the weekend the capital as a tourist, tested positive for the virus on return to Australia.

Four close contacts in New Zealand have been identified and are isolating.

The Ministry of Health has released the locations visited by the tourist on Saturday and Sunday.

Whitby Collegiate north of Wellington closed early today and will re-open on Monday after eight staff confirmed they were at Te Papa during the period of concern.

The staff were setting up for the senior school ball which was held at the museum on Saturday night.

They are considered casual plus contacts and will be tested tomorrow.

The school is not required to close, but will do so as a precaution and because of reduced staffing numbers.

Victoria University confirmed the infected traveller visited its Adam Art Gallery on its Kelburn campus on Sunday from 12.30pm for about 40 minutes, however a university spokesperson said the traveller and their companions were the only members of the public there at that time.

The staff member who was working at the time is isolating at home. The gallery was closed until further notice for cleaning.

At Wellington Airport, anyone who went through customs between 11.30pm on Friday night and 1am Saturday was advised to self-monitor and seek testing if symptoms developed.

Likewise, while people seated at the foodcourt between 8am and 10am were at a location of interest at the relevant time and should seek testing, others who were at the airport should also self-monitor for symptoms.

Updates on the locations of interest are on the Ministry of Health website here.

Hipkins says the person had had one dose of the AstraZeneca vaccine.

"It's low-risk but not no risk. The person was vaccinated. The pub, where it's higher density setting, and the exhibition at Te Papa which I understand was a busy exhibition, obviously creates an additional element of risk."

Te Papa said it was closing for the day after three contacts of Covid-19 cases visited on Saturday.

Te Papa said between 2000 and 2500 people visited the museum at the same time as the infected traveller from Sydney.

About 600 people specifically visited the museum's Surrealist Art exhibition at that time on Saturday and they need to self-isolate for 14 days.

Unichem Wellington director Bronwen Shepherd said staff who may have served the Sydney visitor are in isolation and will be getting tested as soon as possible.

"The day of exposures was Saturday and we only have a really small team on so we are following the guidance for businesses.

"They are classed as casual plus contacts and they'll be staying at home until they get a negative test back." 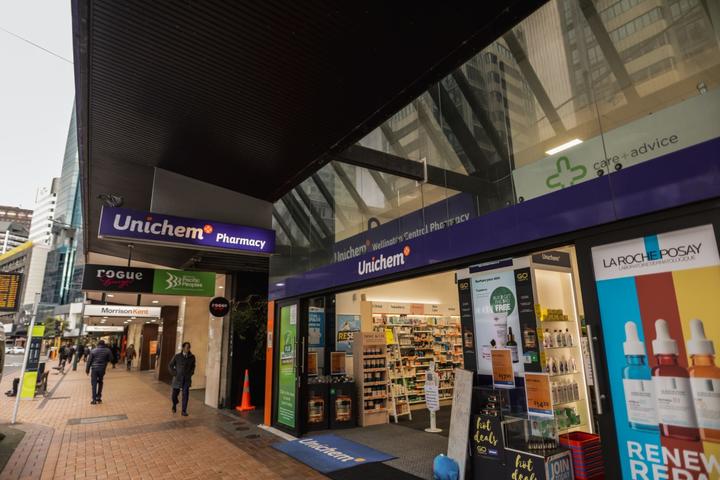 Staff who worked on Saturday at Unichem's Wellington central pharmacy were isolating and would stay away from work until they received a negative test result, the pharmacy director said. Photo: RNZ / Dom Thomas

Shepherd said the Lambton Quay pharmacy was open on Wednesday as according to ministry advice its daily cleaning practices would be sufficient to kill any virus.

The pharmacy will be able to help with contact-tracing through prescriptions and other means, even if customers did not scan in, she said.

The New South Wales health authority last night also listed the return flight to Sydney in its alert, saying all passengers should be considered close contacts.

NSW Health has been notified of flights and venues of concern associated with confirmed cases of #COVID19. pic.twitter.com/OILyWdEOKb