New Zealander Dylan Schmidt has won bronze in the men's gymnastic trampolining at the Tokyo Olympics. 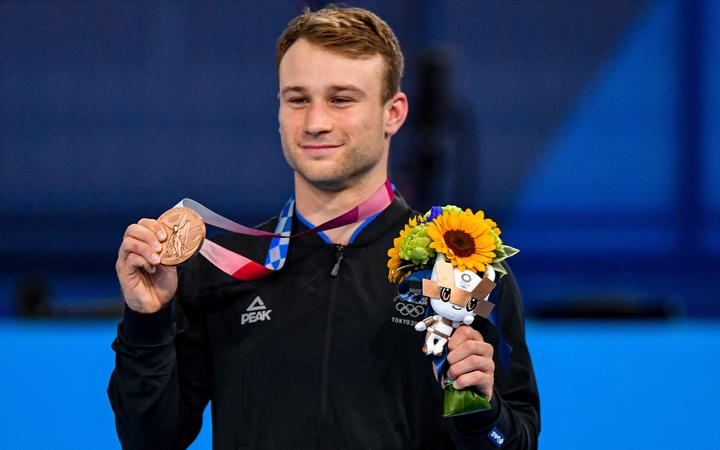 The 24-year-old qualified third after two routines reduced the 16-strong field to eight finalists, backing up his first round 52.415 with a second-round 59.705.

He lifted again in the final, recording 60.675 to finish third.

China's Dong Dong, who finished second at the 2016 Rio Olympics, took second with 61.235 with gold going to Belarussian Ivan Litvinovich on 61.715.

It's New Zealand's first medal at Olympic level in gymnastics and trampolining, five years after Schmidt finished seventh at the Rio Games. 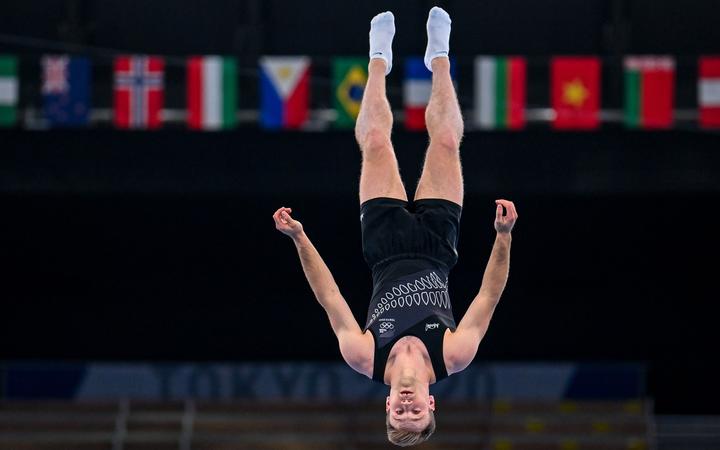 China had been gunning to reclaim Olympic gold after losing to Belarus in Rio, but four-time world champion Gao Lei failed to make the finals after a crash onto the mat and finished third from the bottom.

Dong, who took gold in London in 2012, was fifth after qualifications but managed to power higher after a stunning routine, overtaking Uladzislau Hancharou of Belarus, who had come into the finals in second place but fell to fourth.

"Dylan has done well to work just as much on his mental game, as he has on his physical game, not only in rehabbing from injury but to improve his skills and performance to the degree required to medal on the Olympic stage.

"Dylan and his team, throughout this cycle, have done an amazing job and we're really happy that they have been rewarded with the prestigious result they have worked so hard for."

Schmidt has had a taste of near-Olympic victory with his gold medal win at the 2014 Youth Olympics, but his preparation for Tokyo didn't go to plan.

Injury and surgery kept him out of competition through 2018 but he re-entered the World Cup circuit in 2019, finishing in the top eight at all four World Cup events.

His 12th place finish at the 2019 world championships was his last international competition before Tokyo.