Simone Biles arrives at the Tokyo Olympics having not lost an all-around competition in nine years poised to add to her status as the greatest gymnast of all-time. 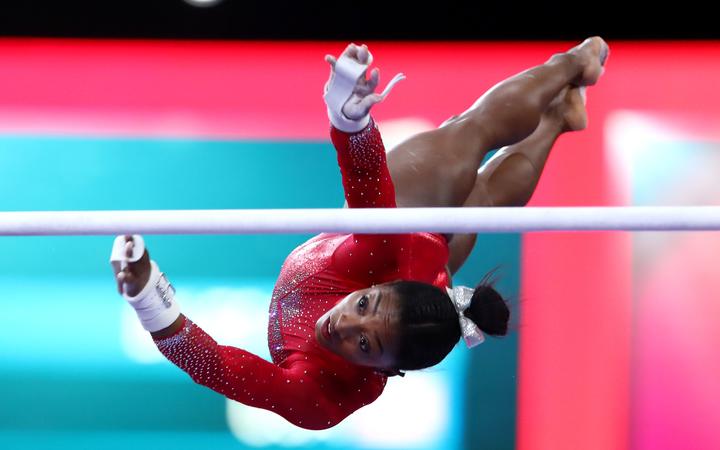 The general consensus is the only one capable of beating Biles is Biles herself as she looks to add to her haul of five Olympic medals, including four gold, won at the 2016 Rio Games.

Aside from perhaps the women's basketball team, Biles will be the closet thing the U.S. will have to a gold medal slam dunk in Japan.

The last time Biles did not occupy the top step on the podium in an all-around competition was at a meet in Chemnitz, Germany in March 2013 when Barack Obama was just starting his second term as U.S. President and Donald Trump was starring in "The Apprentice".

Since then the reigning Olympic and world champion has taken up permanent residence at the top, building a sport dynasty the likes of which are seldom seen these days.

But while Biles was a class above at the U.S. Olympic trials, for the first time in recent memory, there were small cracks in her perfection.

She fell off the beam, stepped out of bounds on the floor exercise and was not at her best on the bars.

The lapses were uncharacteristic. So were the tears that followed as Biles struggled to come to grips with the disappointment of failing to perform to her own high standards.

The raw emotional display revealed that Biles is indeed human and not a robotic medal-manufacturing machine who has churned out a record 25 world championship podium finishes.

She would finish the U.S. trials with the highest two-day combined score but it was something less than the dominant display expected from the 24-year-old dynamo who saw her brilliance on Day Two eclipsed when Sunisa Lee posted the top all-around marks.

Despite the wobbles few will be betting against Biles leaving Tokyo without a golden haul.

Even Lee, who will join Biles on the four-member U.S. squad, viewed what happened at the trials as a blip not an opening. 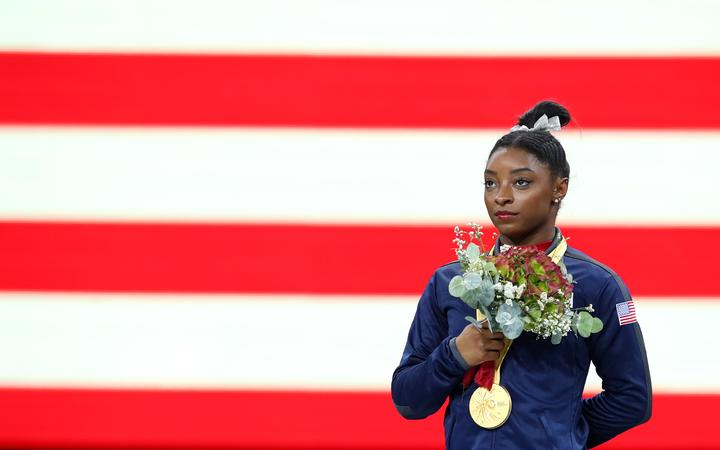 In fact, what happened at the trials is likely to only motivate Biles.

Before leaving the arena that night in St. Louis she offered a warning to anyone casting an eye towards her Olympic throne.

"Just go home, work harder," said Biles. "This is just the beginning of the journey.

"We still have a lot of work to put in."

The forces that will be weighing on Biles in Japan will be immense.

In Rio Biles was the 16-year-old phenomenon. In Japan she is poised to become the face of the Tokyo Olympics, taking that baton from Michael Phelps and Usain Bolt, who remain the enduring personalities from the 2008 Beijing, 2012 London and 2016 Rio Summer Games.

There is currently no gymnast operating in the same gravity-defying orbit as Biles.

She has been accorded the ultimate honour of having an element named after her - not just one but four (one on vault, one on balance beam and two on floor exercise).

Her repertoire of skills includes showstoppers like the Yurchenko double-pike vault - which she is the only woman to land in competition.

"It's more stressful whenever I go out and compete because I'm trying to be better than I was at the last meet so I am trying to beat myself," said Biles during an interview with NBC Today Show.

"Sometimes you get caught up in that moment and it is just scary because I go out and I am like, 'Can I do it again, can I be this good?'"