By Holly Thorpe and Belinda Wheaton*

Opinion - Aside from the novelty of mounting the Olympics during a pandemic, a range of new sports will be competing for fans' attention, Holly Thorpe and Belinda Wheaton write. 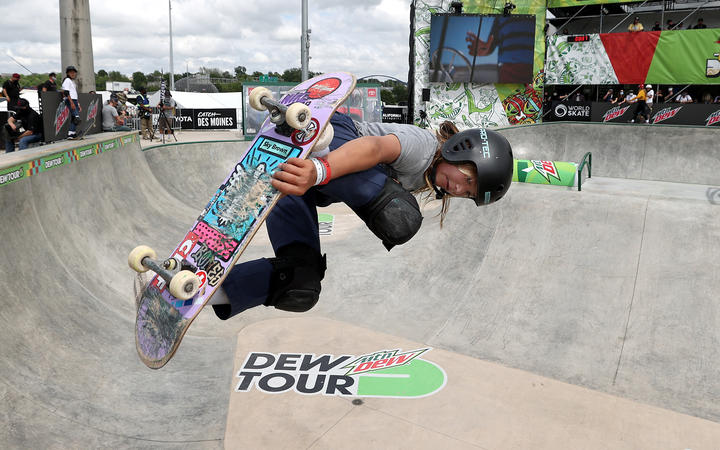 UK skateboarder Sky Brown will be 13 years old when she competes at the Tokyo Olympics. Photo: AFP

Four youth-focused action sports will debut at the Tokyo Olympics: surfing, skateboarding, sport climbing and BMX freestyle, as well as karate, basketball 3x3, and a return of baseball/softball - reintroduced after a 12-year hiatus.

According to the International Olympic Committee (IOC), the inclusion of the new events is "the most comprehensive evolution of the Olympic program in modern history".

For many fans, however, the addition of action sports raises big questions: are they really Olympic sports, and do they deserve to take the place of more established events?

Our research shows the process and politics behind this decision go back over 20 years, part of the IOC's big goal of making the Olympics more attractive to younger spectators.

While the Summer Olympics are considered the most-watched sporting spectacle in the world, the numbers of young viewers have been declining for decades. The median age of the US TV audience for the 2016 Rio Games was 53.

Aware of this, the IOC has tried to attract younger audiences by incorporating newer action sports in both the summer (windsurfing, mountain biking, BMX racing) and winter (ski cross, big air) Olympic programs.

Since its controversial inclusion in the 1998 Nagano Winter Olympics, snowboarding has become the darling of the winter games. With X Games-inspired presentation and youth cultural icons such as Shaun White and Torah Bright, snowboarding was credited with a 48 percent increase in 18 to 24-year-old viewers at the 2010 Winter Olympics.

Since then, a new generation of young, cool snowboarders such as Chloe Kim have continued to inspire and attract global audiences. 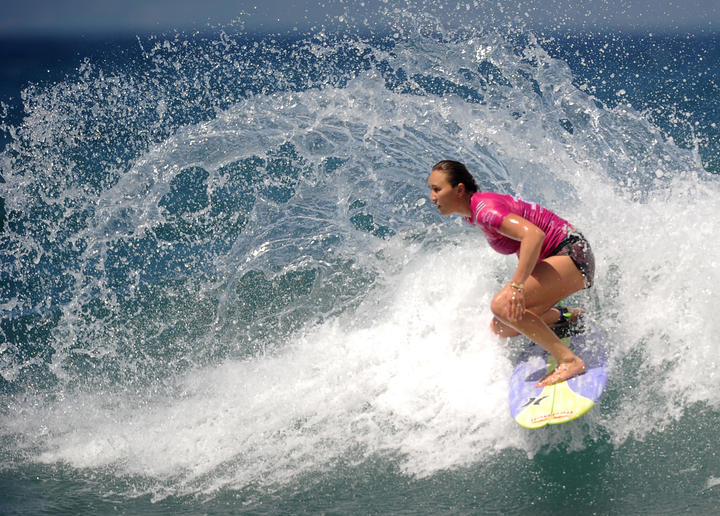 Carissa Moore of the US, competing in Bali in 2019. Photo: AFP

That success is driving the inclusion of more action sports at the Summer Games. But the IOC has also pursued other key initiatives, such as the Youth Olympic Games and an Olympics YouTube channel.

Since 2010, the Youth Olympics have been an important testing ground for new sports, social media innovation and concepts like the Sports Lab in Nanjing in 2014, and the Urban Park in Buenos Aires in 2018. Not everything makes it past the trial stage, but much does.

Agenda 2020 and the new vision

The arrival of IOC President Thomas Bach in 2013 and introduction of the Agenda 2020 policy accelerated the modernising process.

In 2015, the IOC worked with the Tokyo Organising Committee to shortlist five new sports - karate, baseball/softball, surfing, skateboarding, and sport climbing - for possible inclusion in the 2020 games.

When all five were confirmed for Tokyo, Bach proclaimed: "We want to take sport to the youth … With the many options that young people have, we cannot expect any more that they will come automatically to us - we have to go to them."

This pressure to attract younger fans has had a knock-on effect, with other sporting bodies wanting to bring new events into the fold. The current battle over the possible Olympic inclusion of freerunning (also known as parkour) is a case in point.

With the action sport economy plateauing, many in the industry have actively supported Olympic inclusion. But the countercultural heritage of many of these sports has led to tensions.

Many participants view them nostalgically as alternative lifestyles rather than conventional sports. The associated value systems they celebrate - self-expression, creativity, fun - are often considered at odds with the disciplinary, hierarchical, nationalistic Olympic ethos.

This saw the initial proposals to include surfing, skateboarding and sport climbing in Tokyo hotly contested by many within the wider action sporting cultures, worried about the loss of autonomy and control of "their" sports.

While the Olympic athletes are enthusiastic ambassadors for their sports (and likely to see significant economic and cultural rewards), there are those within the action sport worlds who view Olympic inclusion as just another money-making stunt - part of a longer process of "selling out" with little benefit for their sports.

Our research shows it has been mostly older male "core" participants who've been most opposed to the inclusion of action sports.

However, an international survey showed younger participants and women were much more enthusiastic. Those under 19 were most supportive, with 80 percent agreeing with the statement: "I think this is a great idea and I would likely watch more of the Olympics". 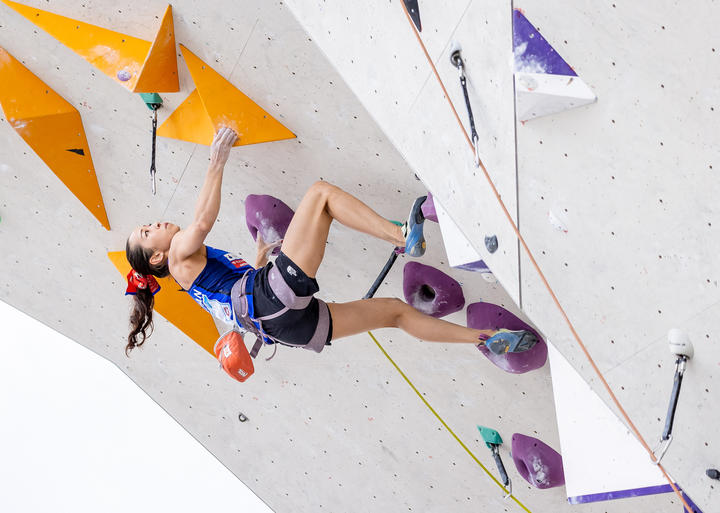 Japan's Akiyo Noguchi is a star of the sport climbing world. Photo: AFP

A showcase for female athletes

The new-look games have also had their logistical challenges. Action sports organising bodies have had to navigate complex new terrain, including determining how athletes will qualify, competition formats, equipment, uniforms, drug testing and venue suitability - all complicated by the pandemic.

But, the inclusion of the new sports (with equal male and female representation) has also helped the Tokyo Olympics come the closest ever to the IOC's gender equality targets, with female athletes making up 49 percent of all Olympians.

For women in action sports, the Olympics are creating more opportunities for athletes and leaders in activities long dominated by men.

But without spectators, alas, Tokyo won't be the urban festival envisioned pre-Covid-19, with live music, art and a youth-friendly vibe at the urban and beach locations.

Nevertheless, the action sports central to that concept aren't going away. Paris in 2024 will see the addition of kiteboarding and breaking/break-dancing, part of a trend that will continue at the Los Angeles games in 2028.

Traditional ideas about which events are or aren't legitimate sports will also shift over coming years as the IOC stakes its claim in an increasingly competitive sports and leisure market.

With the survival of the games so dependent on viewers and sponsorship dollars, the IOC will only fight harder to stay relevant to the next generations of Olympic fans.

This article was first published on The Conversation.