Three wāhine Māori have become the first to receive a joint doctorate in mahi raranga or traditional weaving. 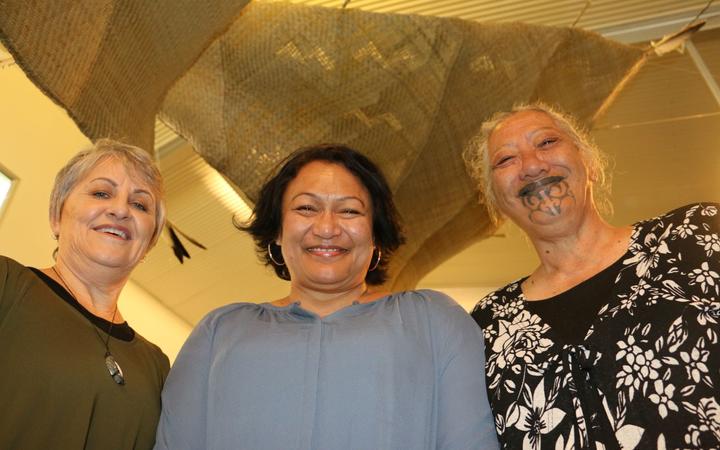 From left to right, Gloria Taituha, Jacqueline McRae-Tarei and Rose Te Ratana at a recent display of their work, standing under waka sails woven by Jacqueline. Photo: SUPPLIED

They studied and recreated mahi raranga from the past, present and future, starting the 1800s until now.

AUT Professor Tania Ka'ai supervised the kairaranga during their doctorates and said their work showed how mahi raranga is a valid discipline of academic study.

"The work the kairaranga have done demonstrates clearly how raranga is a very valid discipline of academic study.

"Their achievement also recognises not just the art form but tohunga raranga as well, and the creative practice of the kairaranga," she said.

The wāhine said mahi raranga was more than a craft - it was a representation of Māori history and the migration of Māori to Aotearoa.

They said it is an archive of how Māori adapted to the colder climates upon arrival to Aotearoa.

McRae-Tarei covered the period of mahi raranga prior to 1860 and said being able to look at the evolution of the tradition alongside the other wāhine was a great way to see how the practice has developed over the years.

"Working this way created a bigger picture and looked across time.

"That's something many kairaranga talk about, that is how raranga creates links between past and present," she said.

Gloria Taituha covered the period between 1860 to 1970 and said the collaborative nature of the study showcased a united kaupapa between everyone involved.

"The idea of working collaboratively on the PhD reflects TWoA's (Te Wānanga o Aotearoa) mahitahi (working as one) approach on projects, as well as the approach used by professor Ka'ai in supervising us.

"The idea was to have a joint project where each individual component could be individually assessed and stand on its own, while there would be an overarching narrative developed and synergies available through doing a collaborative project," she said. 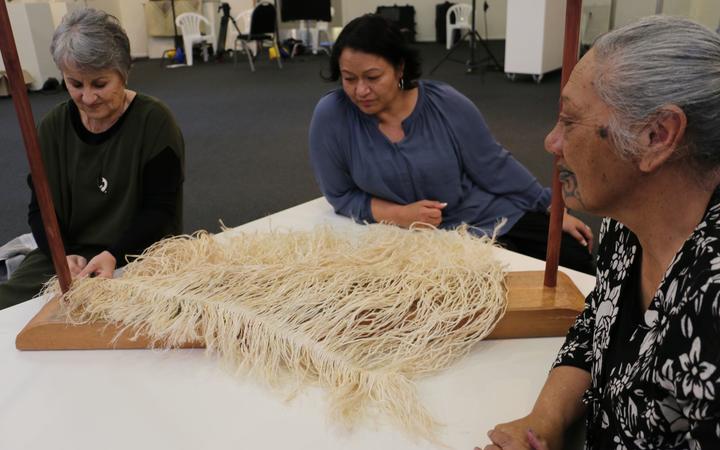 Rose Te Ratana who worked within the period of 1970 until today moving into the future said working alongside the other women was a valuable experience.

"It has pushed us to the limit," she said.

The wāhine said mahi raranga was a spiritual practice as well as an artistic task and they felt the presence of their tupuna who had passed down the traditional raranga techniques to the next generations which the wāhine were able to reconnect with.

They were incredibly proud of the work they did together and hoped to keep progressing within mahi raranga so that it could continue to be understood and shared across Aotearoa.

The three kai raranga are due to graduate in December.