Exhibition a tribute to wāhine stance on the marae 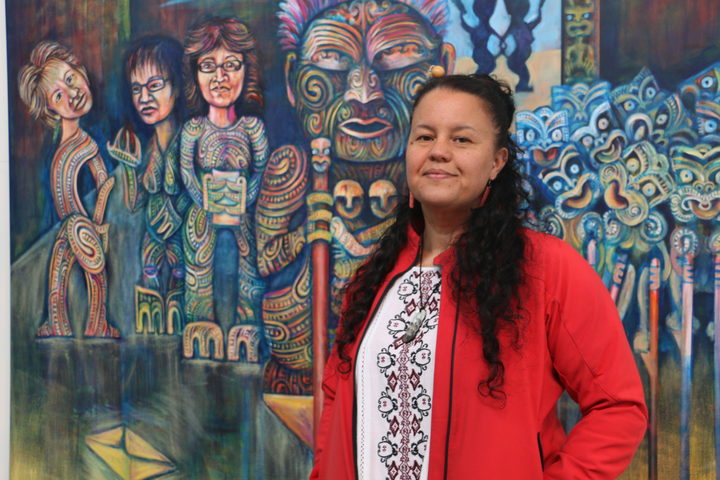 In this series Toi, artists talk about their work that reflects their identity, culture and  historical narratives.

The stance of three Te Arawa women who chose to stand and speak inside a meeting house, is the inspiration behind an exhibition in the Waikato region.

Curator of The Right to Speak Regan Balzer created a large canvas that illustrates three women who stood to speak at a Fiscal Envelope meeting at Tamatekapua Marae in Rotorua.

The Fiscal Envelope proposed a financial cap on all future treaty settlements.

“There were three women who were given the mandate to speak on behalf of their iwi, the koroua Te Hiko o te Rangi Hohepa was one of the kaumatua who had gone to the different leaders and got their agreeance, when it came to the day when they were talking to the crown, there was bit of disagreement and some protest,  because some people didn’t agree that women should stand on the marae to represent their iwi.” She says

According to the late Te Arawa Kaumatua Te Hiko o te Rangi Hohepa the term Te Haukokori refers to the act of discussion given by Te Arawa women on the marae, a practise that does not occur today.

Balzer’s canvas Te Tu a te Wahine depicts the three women, one of which was Sandy Morrison who attended the exhibitions opening night and recalled the stand she took at that hui.

Sandy is the mum of the late Talei Morrison who died from cancer earlier this year, Regan chose to hang the photos of  women in the entry way as a tribute to their work and influence. 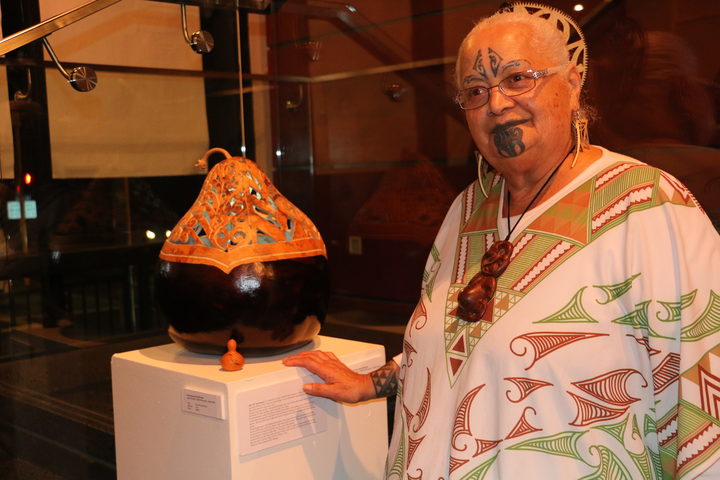 Hinewirangi Kohu Morgan uses tāonga pūoro (flute instruments) and hue in her work as an artist and to help victims of sexual assault. Photo: RNZ/Justine Murray

Hinewirangi Kohu-Morgan grew up in Nuhaka and has links to Ngāti Kahungunu and Ngāti Ranginui, she describes herself as a story-teller, weaving narratives in her music and the carving of gourds (hue).

“I have always loved the hue, I’m doing my Masters in the indigenous knowledge around the traditional use of hue…I don’t want our tupuna knowledge to be lost…so I’m writing and I’m carving.” she says.

For the past thirty years Hinewirangi has worked with victims and perpetrators of sexual violence, implementing her art and traditional music as tools of transformation. 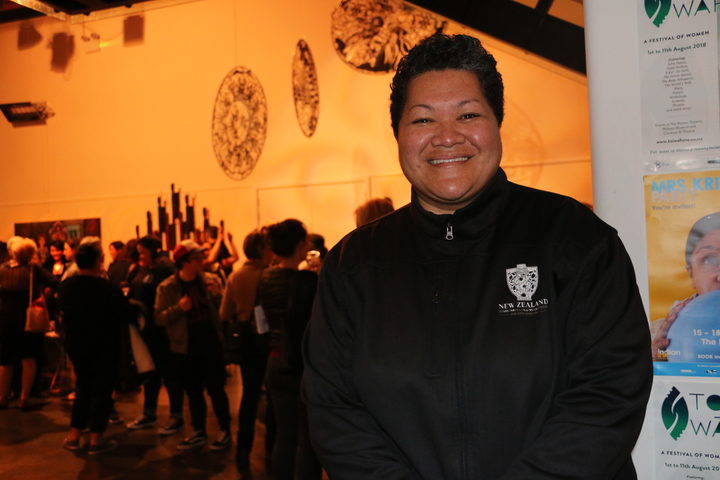 Margaret Aull says he art is always a reflection of her culture. Photo: RNZ/Justine Murray

Māori Fijian artist Margaret Aull’s pieces are always a reflection of her culture and identity, with links to Te Rarawa, Tuwharetoa and Fiji, Margaret will be part of a contingent showcasing their work overseas at the Biennale arts fair in Morrocco.

As a curator Margaret says that identity and art go hand in hand. 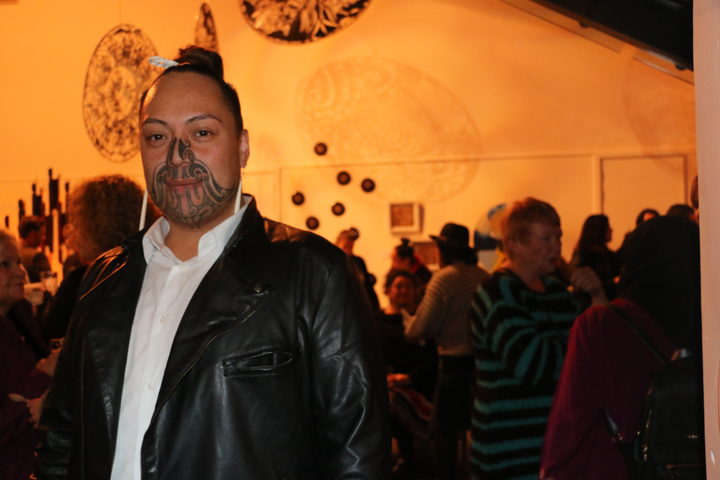 Patrick Salmon is a make-up artist and hairstylist and he’s found a way to meld the two with research of the heru, the name of the ornamental comb worn by men and women.

As a student of Hinewirangi Kohu-Morgan, he has learned to make heru using the outer shell of the gourd or hue, and says his art is about taking a traditional art form and adding a current take on it.

“The philosophy of heru is that when mum was pregnant at the time, she is growing a vessel ….the spirit comes and occupies the vessel inside your mother’s womb through the spiritual gateway which is the fontanel, the soft spot on top of babies head, heru sit there as guardians of that gateway its around expelling negative thoughts” he says

In Patrick’s family it’s tradition that they give heru to first time mothers or they wear the hair comb at tangihanga (funerals) to keep their mindset as a place of grace and positivity. 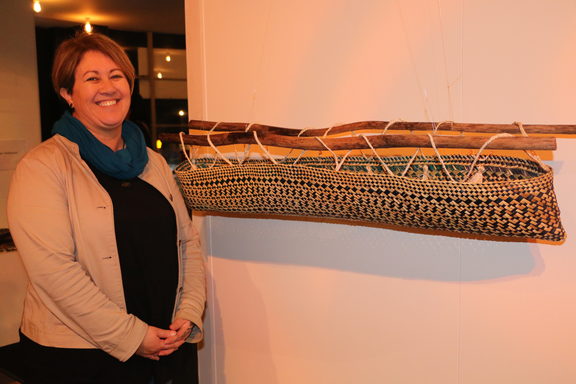 Jules Nonoa of Te Whanau a Apanui says that raranga is about self-care, working with raranga provides a space of self-care.

“It’s about looking after myself, if I can’t weave well I’m not in a good space.” She says.

Jules began weaving at just 14 and her first piece was a woven taniko headband, in her adulthood she completed her degree in Raranga from Te Wānanga o Aotearoa.