To celebrate Matariki, a group of weavers including six from the Pacific have told their stories of the stars, the moon and the seasons. 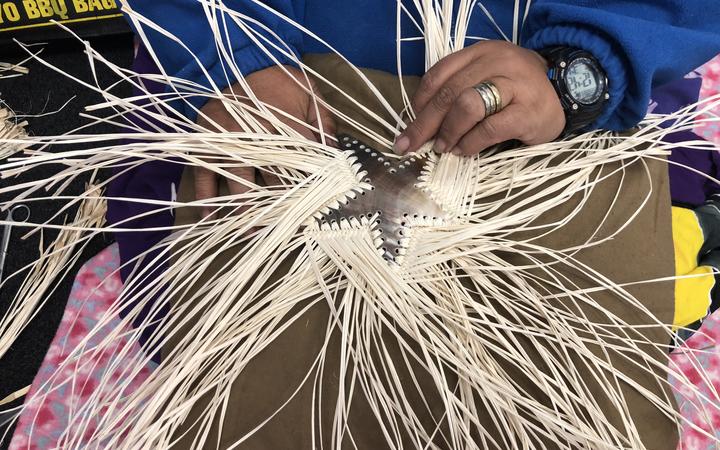 A creation by Neke Tekena of the Cook Islands. Photo: Supplied

Six Māori weavers made up the rest of the group which was part of the inaugural Te Mata O Rehua Weaving Symposium in Auckland.

They created sculptures and art works from harakeke (flax) and other mediums. 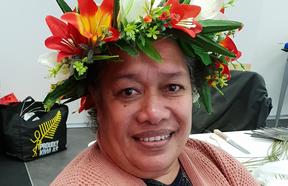 Tesaga Puafuti of Tuvalu said she was invited by a friend from church to attend the symposium and was happy to learn more about Matariki.

Mat weaving is something Tuvaluan and Māori cultures have in common, Ms Puafuti said

"I learnt a lot but I want to learn more about Māori culture and to share my knowledge of my culture with others," she said.

The weavers' symposium followed on from the success of last year's carvers' symposium, when 10 mana whenua and mataawaka artists carved artworks from Oamaru stone to create a star compass.

It finished with a collective display of the raranga (woven) art works at the Te Mata o Rehua Market in Manukau on Saturday.

According to the Maramataka (Māori lunar calendar), Saturday was in the moon phase of Omauri - a day to slow down and unwind. 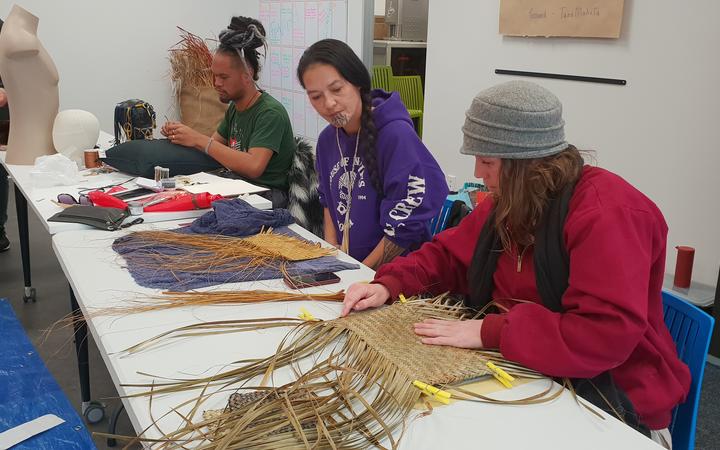 "This provides an opportunity to celebrate Matariki in a way that acknowledges traditional knowledge, heritage and contemporary arts," he said.

"The weaving symposium incorporated key tohu indicators of Maramataka, through stars, seasonal changes and different phases of the moon cycle."

Fesaitu Vaurasi of Rotuma works on a mat inspired by the Matariki's seven stars and the Rotuman seven-star tefui (lei). Photo: Christine Rovoi

For Fesaitu Vaurasi of Rotuma it had been 25 years since she last wove anything.

But she said she could not turn down the opportunity to weave a Rotuman mat for Matariki.

There are similarities between Matariki, the seven sister stars in the Pleiades cluster of the Tarus constellation, and the seven stars used in Rotuman leis and garlands for their men, Ms Vaurasi said.

"Though the languages are different, I was so proud to learn that we have a lot in common - Māori and Rotumans," she said.

Mason Ngawhika of Kaiārahi Māori Healthy Families South Auckalnd said to navigate the Pacific and to occupy Aotearoa, Māori had relied on lunar calendars to predict the cycles of the natural environment.

Matariki could help to reunite all people of Aotearoa with nature, he said.

"In our unrelenting pursuit towards urbanisation, an awareness of the seasons starting with the celebration of Matariki, may be the most immediate way of reconnecting to our natural world and realising we are all under the same roof, influenced by the moon and stars," Mr Ngawhika said.

"Our tipuna (ancestors) understood their environment and how we are all connected through the whenua (land), rangi, (sky) and moana (seas).

"Maramataka was based on this close relationship and by closely observing their environment, they were able to identify days each month that were better suited for particular activities and tohu (signs) to help predict the season ahead," he said.