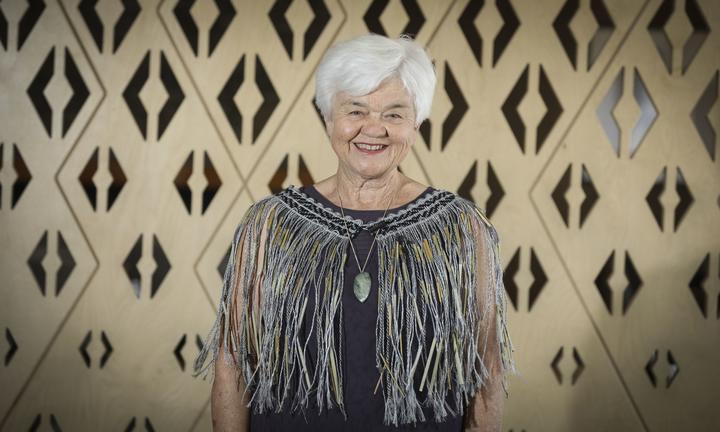 Fibre artist Maureen Lander was taught how to weave by the late Diggeress Te Kanawa. Photo: Supplied by Creative NZ

Weaver and installation artist Maureen Lander was taught the craft of darning alongside her grandmother.

“I used to sit by her and darn socks, it's coming into play now in my work…I’ve always loved the fibre arts and ever since I started at Elam and was going through sculpture, I knew that I wanted to work with the fibres that grow here, flax and pingao, harakeke, kuta and kiekie” she says.

Lander’s whakapapa connections are to Te Hikutu in the Far North through her grandmother, her father was from Te Roroa in Omapere and she was raised in Rawene just a few minutes down the road. Her father was a teacher and because of work the family moved from Kaeo to Te Karaka on the East Coast. 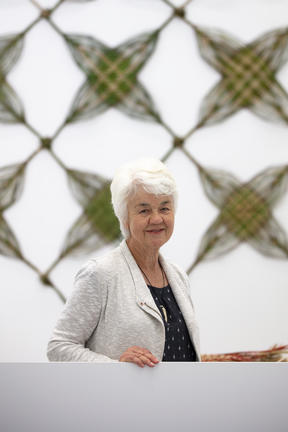 During the building of the meeting house at Auckland University Maureen learned tukutuku with Hinemoana Harrison and when it came to learning harakeke and muka, she was mentored by renowned weaver Diggeress Te Kanawa, she describes this period as ‘magic’.

“She was such a lovely teacher, we used to stay at Ohaki and there was only a very small group that I was with and we sued to sleep up in the mezzanine floor, one night she unpacked a chest of beautiful chest of kakahu that she and Rangimarie had made that was so special, just watching each one come out she would tell us its story, so it was way more than just being taught how to weave it was like total immersion” she recalls fondly.

Diggeress Te Kanawa was born in 1920 and taught by her mother Dame Rangimarie Hetet. Her work in the retention and revival of Māori fibre arts was instrument through her research, Te Kanawa contributed to weaving for marae and students at Te Wananga o Aotearoa. In the early 1980's she co-founded Te Roopu Raranga Whatu o Aotearoa, the national Māori weavers collective.

When Maureen Lander approaches her installation work, she gives a thought to what Diggeress would think.  Her work is inspired by her time at Elam. During her academic career as a teacher she taught Māori Material Culture at the University of Auckland. Over the years she has become a mentor to other Māori artists and weavers and is also part of the small weaving group Pa Te Aroha in the Whirinaki Valley.

“I love working with the local weavers, we’ve got a big project on at the moment which is brick back the knowledge of how to make the Ra which is in the British museum it’s the only Māori sail in existence…for the last ten year's [we have] been researching how to make it…there’s a lot of different components to the Ra so our whole Pa te Aroha weavers are practising all the different techniques and making artwork inspired by the Ra so the techniques come back ” she says

Maureens touring exhibition Flat Pack Whakapapa relates to family and friendship networks, tecniques used in this work include whiri (braiding) and whakairo (patterning) and the concept of Aho Tuku Iho or ancestral lines handed down from generation to generation.

“What I came to realise was that all my artwork was really a search for own identity and my own whakapapa.” she says.

Maureen is busier than ever and is working on a piece for the foyer of the Waitohi centre in Johnsonville, working with a group of weavers from Petone.

“If I have a big commission I just work with local weavers, it’s much more fun, and when I leave they own it, they’re living there” she says. 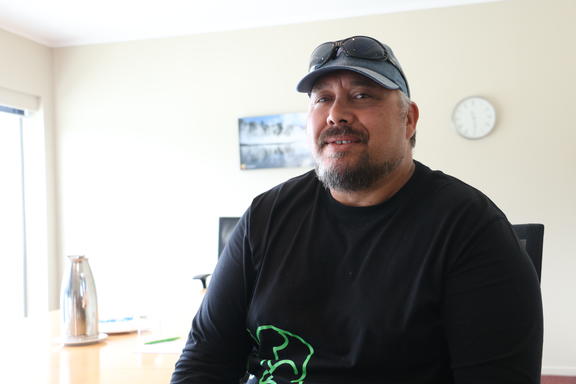 “Being a young student and trying to go down the path of being an artist is crazy...I was very fortunate that my parents were very supportive,  they never made me give up on what I enjoyed doing to get a real job” he says.

He graduated from the course in 1994 and a year later became a full-time jade and bone carver specializing in traditional Māori imagery.

Running a business for twenty five years has been a ‘hard slog’ but today Gardiner and his artists are always busy, in fact they are booked right up until Christmas Eve.  The hard work has paid off and according to Gardiner the biggest pay-off has been for his family.

“My kids are really good kids, my kids are well educational…I’m very fortunate that there has been a lot of support, even within the artist community here, some of my best friends are all artists, so really the award is an acknowledgement of those people” he says.

For the past twenty five years Lewis has owned and operated Rakai Jade, a greenstone studio and retail space in Rotorua, he has exhibited internationally and has taken up artist residencies over the years. 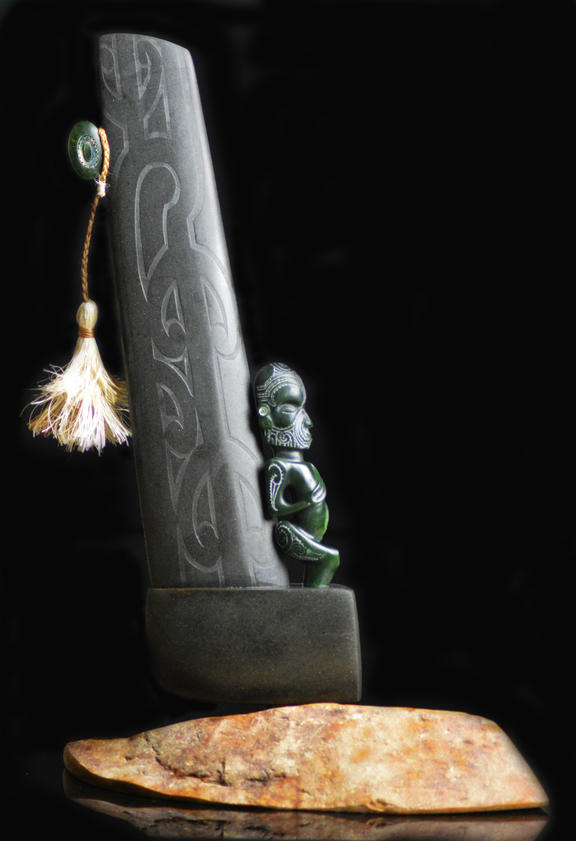 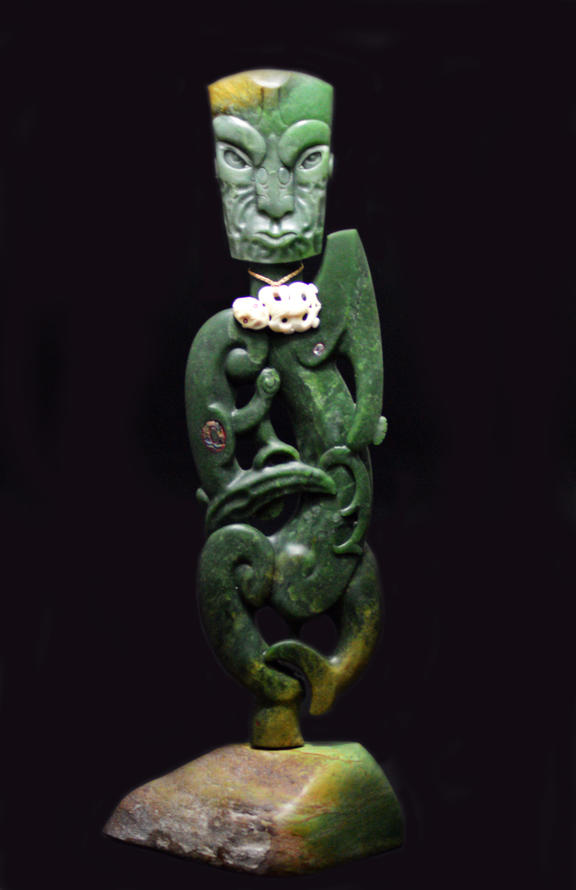 Lewis Gardiner's work focuses on jade and bone drawing on Māori imagery. The tourism market has its ups and downs according to Gardiner where there is mass production of jade and bone products, something he calls biscuit designs.

“So you carve a hundred of one design and you might have a book of say twenty designs and you just carve for the tourism market…I wanted to change that status quo, for me it was about the stone or the pounamu had actually lost a lot of its mana…for me it was about how do I go back give the stone the mana that it deserved.”

Lewis says the work involved a lot of learning, research and looking at designs of the old forms and dissecting them, but avoiding replication.