Oranga Tamariki's bosses have fronted up to the Waitangi Tribunal today to explain why Māori fare so badly in the state care system. 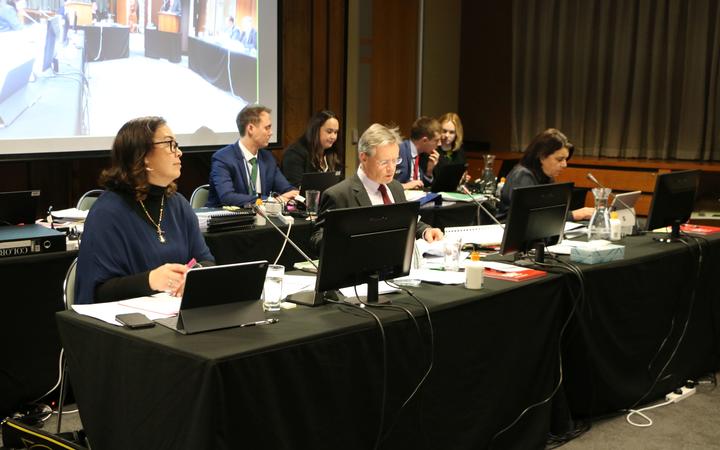 The tribunal's urgent inquiry into Oranga Tamariki, which in part seeks to find out why Māori are disproportionately taken into state care, is under way in Wellington.

It comes just a day after the Ombudsman released its own scathing report into the Ministry which found babies were routinely being removed from their whānau, rather than in exceptional cases only.

Oranga Tamariki chief social worker Grant Bennett struggled to talk through his tears during his appearance.

He acknowledged some of the Ministry's failures - including its lack of involvement with whānau in some cases - and said he understood from his own personal experience with the state why supporting and involving whānau was crucial.

"I have a daughter and I don't want the state caring for her. I want my brother to look after her. My daughter also has a serious illness that also requires medication that I couldn't fund. The state is there to support me to do that, to be a better parent. So that's how I see it working for everybody."

This is the fifth inquiry into Oranga Tamariki since it tried to take a newborn baby from a Hawkes Bay mother's hospital bed last year, the story grabbing headlines and bringing the Ministry under intense scrutiny.

Crown witnesses today said the Ministry had made many changes since then, including cases requiring additional checks before a "without-notice" application to remove a child can be signed off and partnerships with iwi.

Grant Bennett said social workers' jobs were incredibly difficult, and sometimes the public only saw half the picture.

"The things that social workers see on a daily basis, you know, babies with broken femurs, babies meth addicted, children with multiple fractures," he said.

The Ombudsman's own investigation into Oranga Tamariki found decisions to remove babies under a "without-notice" court order were often being made late, without expert advice or whānau involvement.

Social Work Lecturer Shayne Walker, who also appeared before the tribunal as a Crown witness, said Oranga Tamariki did not have the expertise or the capacity to support the complex needs of whānau on their own.

"The problems that Oranga Tamariki has is that it has the capacity to work with the individual, rather than the broader disparity," he said.

Oranga Tamariki's chief executive Grainne Moss told the tribunal it was clear the Ministry must continue to do better.

She said it was ultimately going to take support from other government agencies to ensure whānau did not need state intervention in the first place.