An investigation into Oranga Tamariki has found the ministry has been routinely removing newborn babies from their parents under a "without notice" court order, rather than in exceptional cases only.

That is just one of the findings in the chief ombudsman's investigation - He Take Kōhukihuki: A Matter of Urgency - into the policies, procedures and practices of Oranga Tamariki when removing babies under interim custody orders.

The ombudsman examined 74 case files of babies aged up to 30 days old over a two-year period, ending 30 June 2019.

Forty-five of those cases involved Māori babies. Oranga Tamariki chief executive Grainne Moss has apologised on behalf of her organisation.

"I want to say how deeply, deeply sorry we are, and that we will do everything we can to make sure other whānau don't go through what you went through," she told Checkpoint.

Chief ombudsman Peter Boshier said section 78 applications for interim custody were supposed to be reserved for urgent cases where no other options were available, and should be made without notice only in the most exceptional cases. But this was not what was happening.

"We found that routinely, unfortunately, Oranga Tamariki was leaving things too late in the process, not consulting along the way enough and then having to apply without notice - not as a preferred option, but because it had run out of time and it had to do it.

The staff processes would take work to change, he said.

"Removal without notice must only occur as a last resort and as an emergency, and there are occasions where that happens but it shouldn't be the norm, which is what we found. We want there to be a reversal of the default position and that's one of the most fundamental recommendations that we've made."

He said decisions to remove babies were being made late, without expert advice or whānau involvement and there should be a thorough process of discussion, engagement with the whānau and the hapū.

"It should have been much more forward thinking in its planning ... because there's nothing much more traumatic than having a baby taken without you knowing. Routinely when the case disclosed that there was going to be a parent protection issue there should have been a gradual programme of consultation, discussion, agreement and working towards a plan.

"Instead [there was] a lack of consultation - often no family group conference, and then because of stretched caseloads and management that wasn't cohesive - and at the virtual last moment there [was] no choice but for social workers to do what they did and apply without notice."

He said Oranga Tamariki had the policy and the processes there to do good practice, but was failing to put those in effect.

"Why weren't they? Well, certainly, high workloads were factored in. We found that often they were stretched and weren't giving proper action at the beginning of a case and left it late because they had other things which they had to do.

"There must be engagement with Māori to see what options [there] are at the beginning. The whole thrust of the legislation when it was first enacted was to shift away fro the power of the state and to enable whānau, hapū and iwi to problem solve.

"What's happened here is the state has taken that decision-making back and often excluded Māori from the process. That's fundamentally wrong and fundamentally flawed.

"I do not understate the fact that these problems have existed for such a long time that many - particularly Māori, and probably now the disability community, who are not well served by the current processes, will have some skepticism as to whether Oranga Tamariki is up to the task, so there's a big job ahead."

"We got to a point ... which is so unacceptable, that there has to be enormous cultural change."

Boshier found that all the cases he reviewed required a disability rights-based response from the ministry. Over 20 percent involved parents with intellectual disability.

"There has to be an enormous cultural change," Boshier said. "I believe she [CEO Grainne Moss] is genuinely committed to change. The gravity of the task facing the chief executive to lead this organisation and to change is immense.

However, the investigation found that these parents did not get the assistance or advocacy they required.

Boshier has made 32 recommendations, including improvements to the ministry's guidance and practices, the use of all tools available in a timely way, establishing effective reporting frameworks and quality assurance; prioritising engagement with whānau, hapū, and iwi, and enhancing cultural competency of staff.

"We are here not just for a sideswipe and get out, but we are here for the long haul. We've made 32 recommendations, they've all been accepted, and we've asked ... Oranga Tamariki to report to us in three months. It's our job to report and see whether there's adequate progress."

"I do accept we've had historic problems with our Section 78, it hasn't been good enough.

"We have been very open, we have made significant changes. The Ombudsman himself said we have worked with them very constructively. We need to make those changes, we've already started to make them.

"I accept the Ombudsman saying that a number of these problems are entrenched and we've got a job on our hands. So what I'd say is we've started to make changes, the data is promising, the feedback from partners is promising, but is this fixed? Absolutely not - we're going to have to work at it for some length of time."

She said she took "huge responsibility" for whānau who went through the stress and trauma of having their baby taken from them.

"There's absolutely no consolation for these families ... we need to do the work on the cases, and see what reparations we can make."

In an earlier statement, Moss accepted all of the chief ombudsman's report's recommendations and said the report would help guide Oranga Tamariki's further work to improve its practices when newborn babies needed to be brought into care. 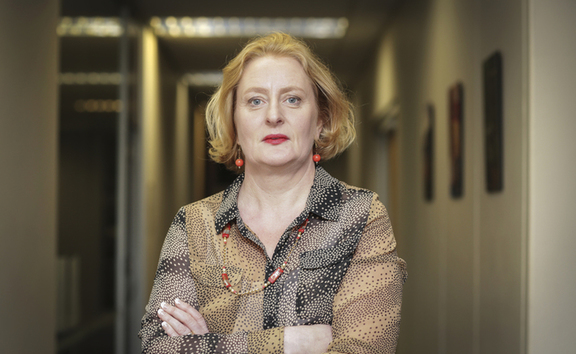 "While we accept there have been historical issues with our section 78 practice, we are pleased to be able to provide evidence of real progress since the Ombudsman's investigation concluded," Moss said.

Oranga Tamariki introduced system and practice changes in November 2019 following its own Hawke's Bay Practice Review, which addressed a number of the issues identified in the ombudsman's report, Moss said.

The changes included that unless there was a clear need for action to protect a child from immediate and imminent danger, all interim custody order applications were made "on notice" to ensure the family was given the opportunity to have its say before a judge made a final decision.

Changes prompted by the ministry's review also included that when staff needed to act faster to keep a child safe, every section 78 "without notice" application would go through additional checks with three people, including a lawyer.

"Since our own changes in November last year I can confidently say we are working earlier with whānau and seeing fewer children coming into care. For those who do need to enter care it is more likely to be in a planned way and less likely to be under a section 78," Moss said.

For Māori there was also a drop, however its rates of Māori exiting state care were not as favourable.